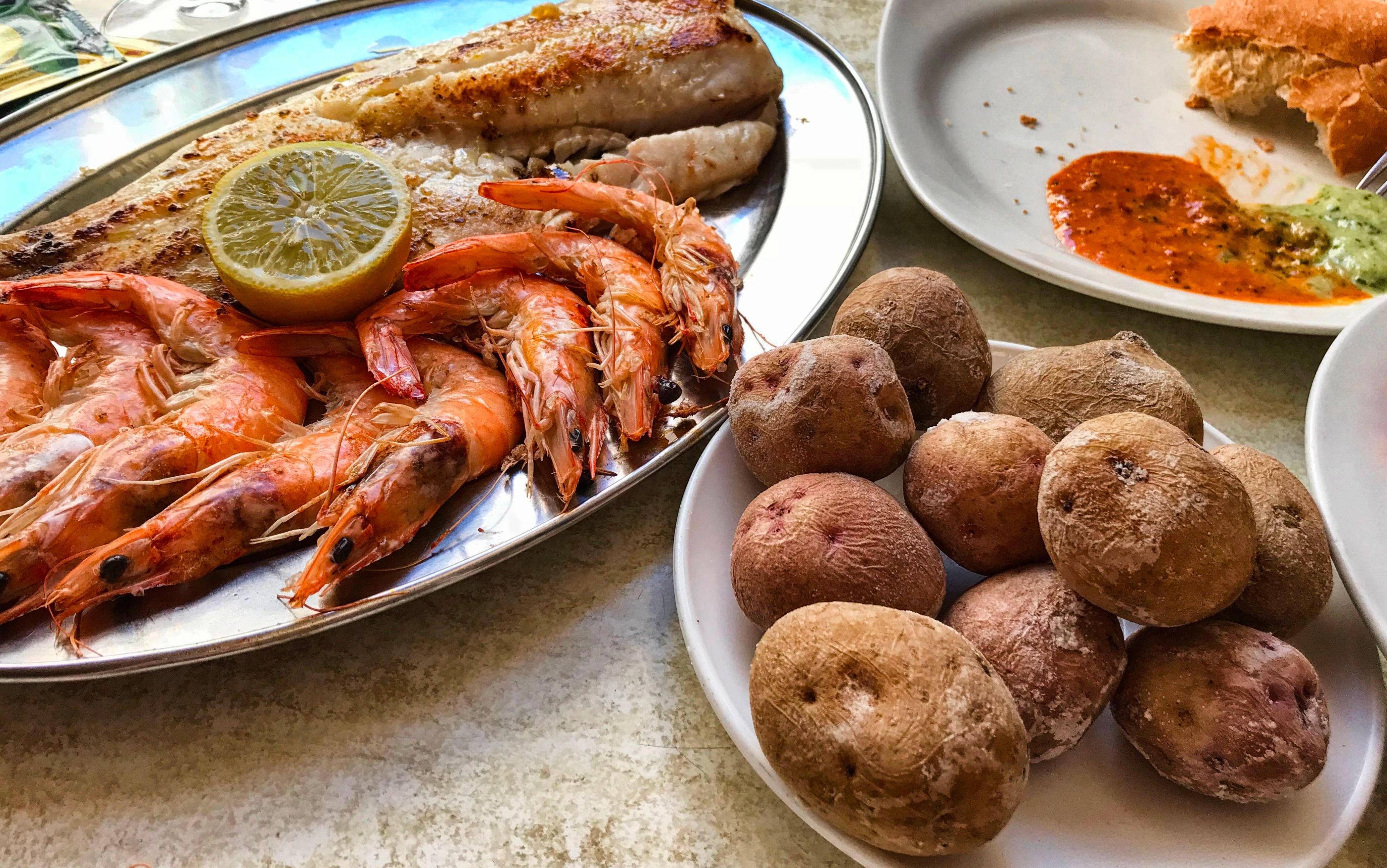 TENERIFE CUISINE – WHAT IS WORTH TRYING?

Going to Tenerife we were expecting a good food and fresh seafood- we didn’t get disappointed. We have tried some of the best fish and seafood ever!  Few dishes made to the top our list!

Tenerife cuisine has a lot to do with Spain as it is a part of it and of course an ocean as it is surrounded by it.  Seafood and fish are the most popular, some meat dishes you can find higher in mountains, especially rabbit. As a side potatoes and the simplest tomato salads. Below we present few dishes and drinks you simply have to try!

The first and most popular dish mentioned in every guide and we have to stick to that is papas arugadas. It’s definitely the best potatoes in the world! Small potatoes boiled whole in very salty water (the original recipe says to use sea water) and served with sauces – mojo verde (green) and mojo roho (red).  The green sauce is tiny bit similar to pesto and red is a bit spicy and paprika flavored. The taste is determined by the restaurant as every place makes it slightly different. This is probably the most recognizable dish of the Tenerife cuisine! 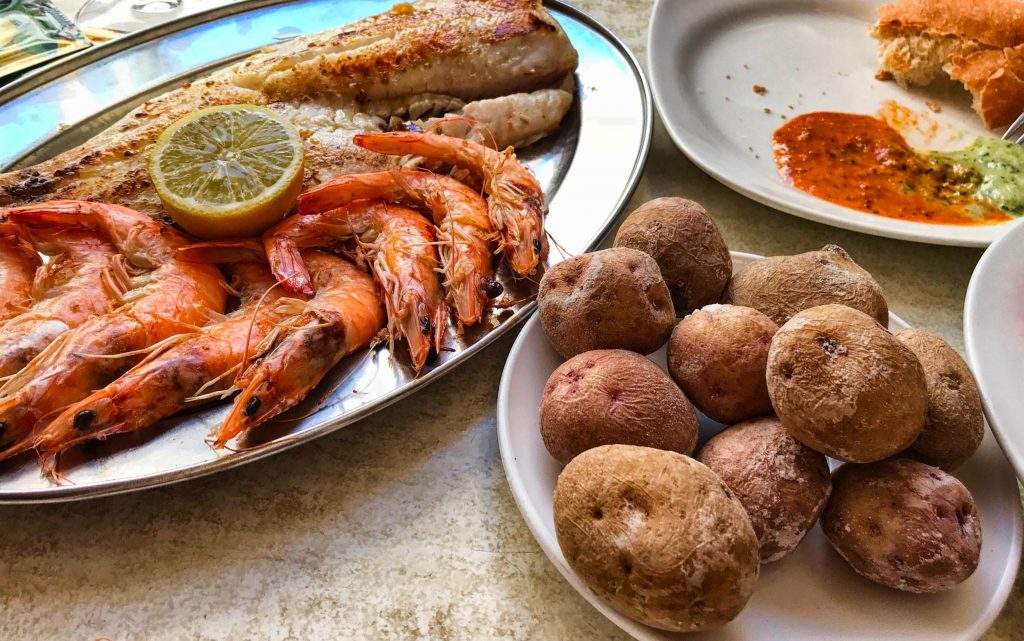 If you are a coffee drinker this is the place to be. You definitely have to try 2 types – baraquito and leche leche. leche leche is an espresso with regular and condensed milk which makes it  silky smooth and sweet. Baraquito is like a drink or dessert is layered coffee, milk, condensed milk, liquor (usually Tia Maria or 43), lemon or orange zest and cinnamon. No diggity that’s the most yummy coffee ever! 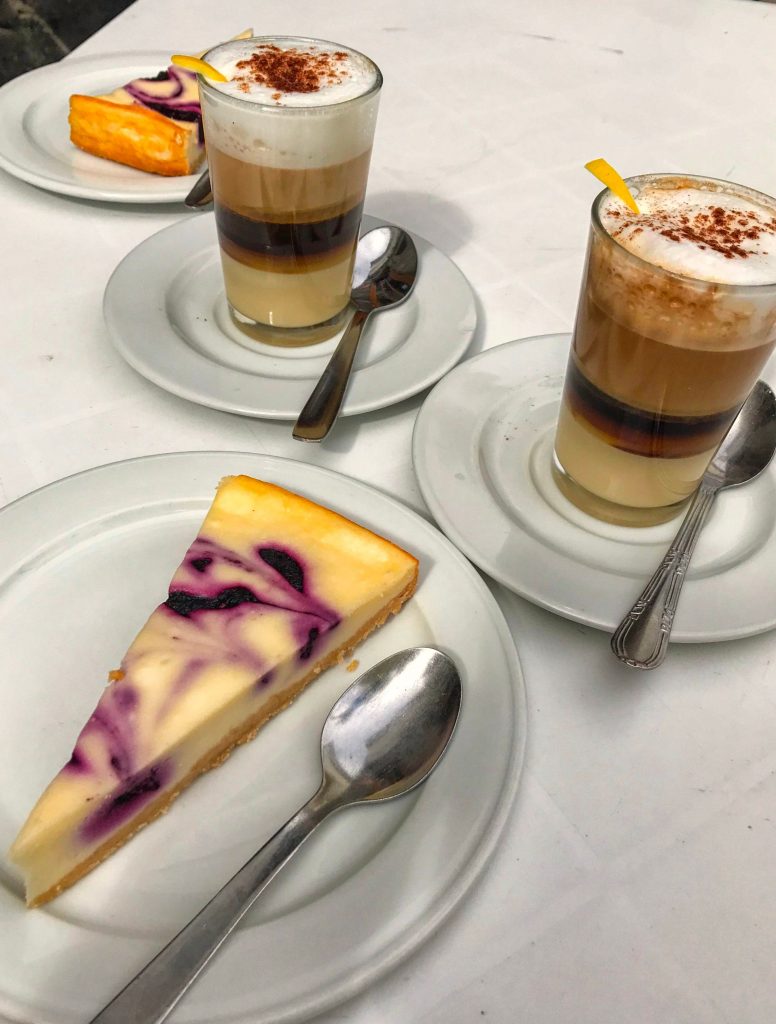 Rabbit ‘salmorejo’ is a traditional dish but not easy to find. We had it in El Tanganazo in Garachico. It is a braised rabbit in salmorejo sauce marinated first in salt, garlic, pepper and paprika with olive oil is pan fried and braised in pan sauce. Slightly spicy smoky paprika flavor – very tasty! 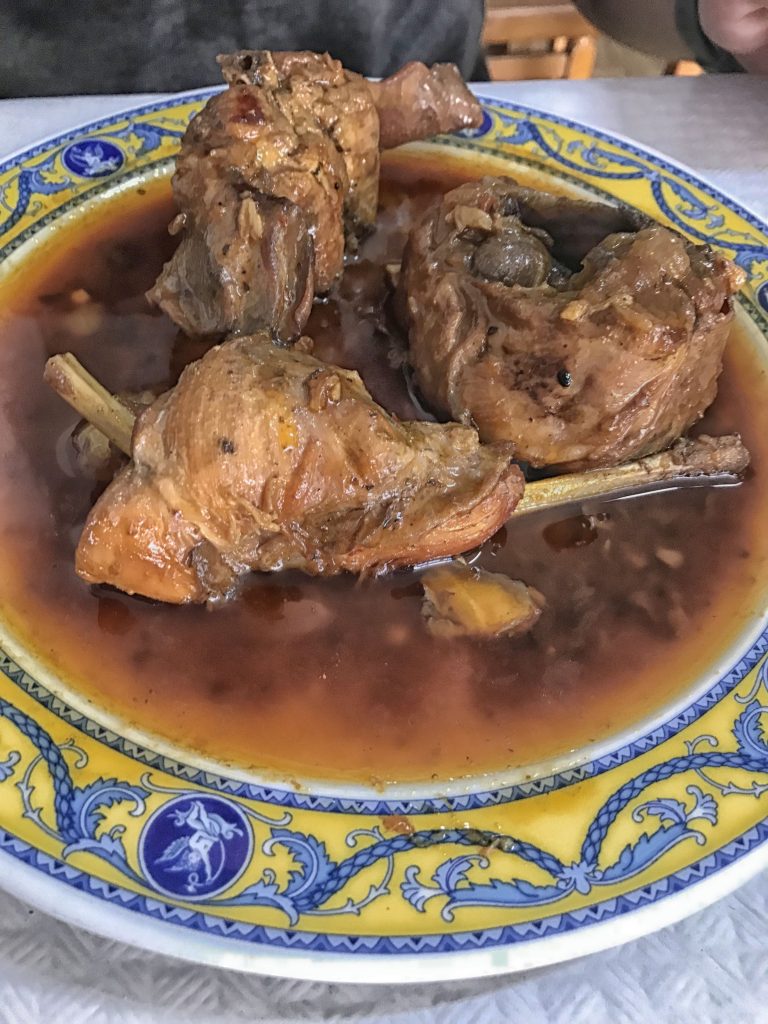 On Tenerife you can find few types of goat cheese. Queso fresco is a young white goat cheese great either salty or sweet way, we used to serve it with salt, pepper, olive oil and chopped tomatoes. Queso semicurado aged minimum 35 days and queso curado aged minimum 105 days. Everything from mild to strong cheese flavors. We recommend trying cheese board in one of tapas bars to get familiar and then buy it in Mercadona or Dino. 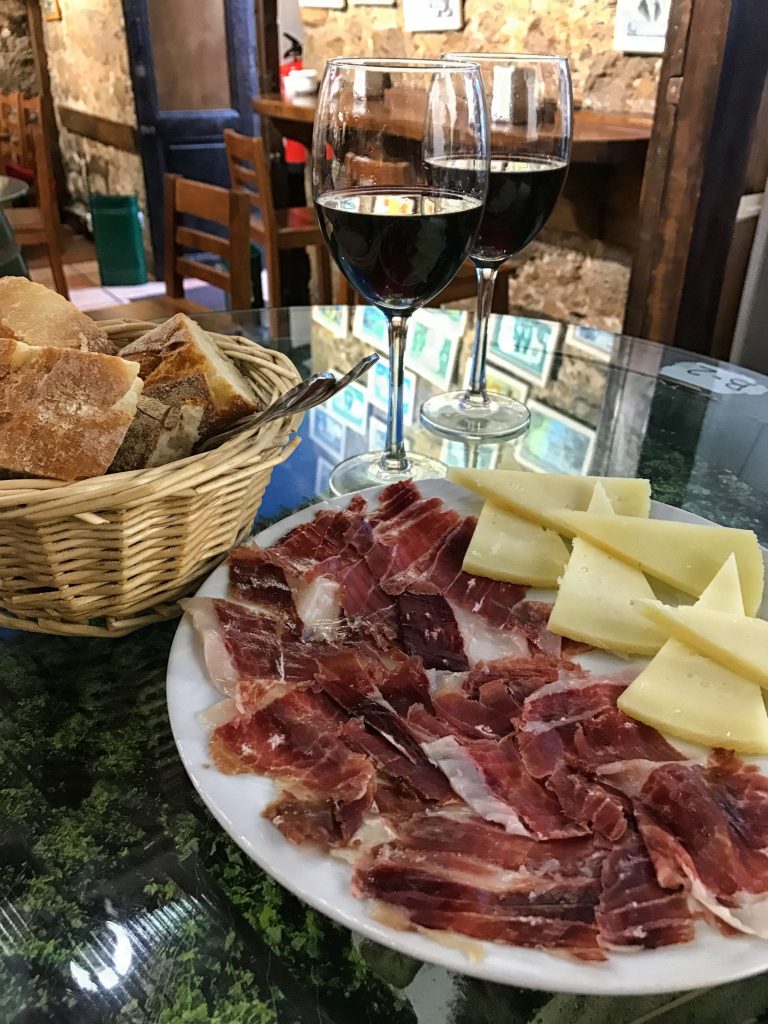 We did short break for tapas in La Laguna- delicious goat cheese and jamon de iberico plus excellent wine!

We read a lot about this canarian type of flour, but it wasn’t so easy to find any dish made from this! Taste is very specific, because they using roasted grains to produce gofio flour. It come from old times when Gaunches lived on the island- they were first natives there. Gofio is still in use to prepare many traditional dishes- you can try Pella de Gofio desert or Gofio ice cream. We didn’t come across unfortunately 🙁

Vast variety of different seafood from sardines to tuna. The best from port towns like Los Abrigos but to be honest we haven’t been disappointed even once all around the island. Our favorite seafood spot was El Cine in Los Cristianos, which we highly recommend to visit! Other amazing places we checked out during our visit can be found here. 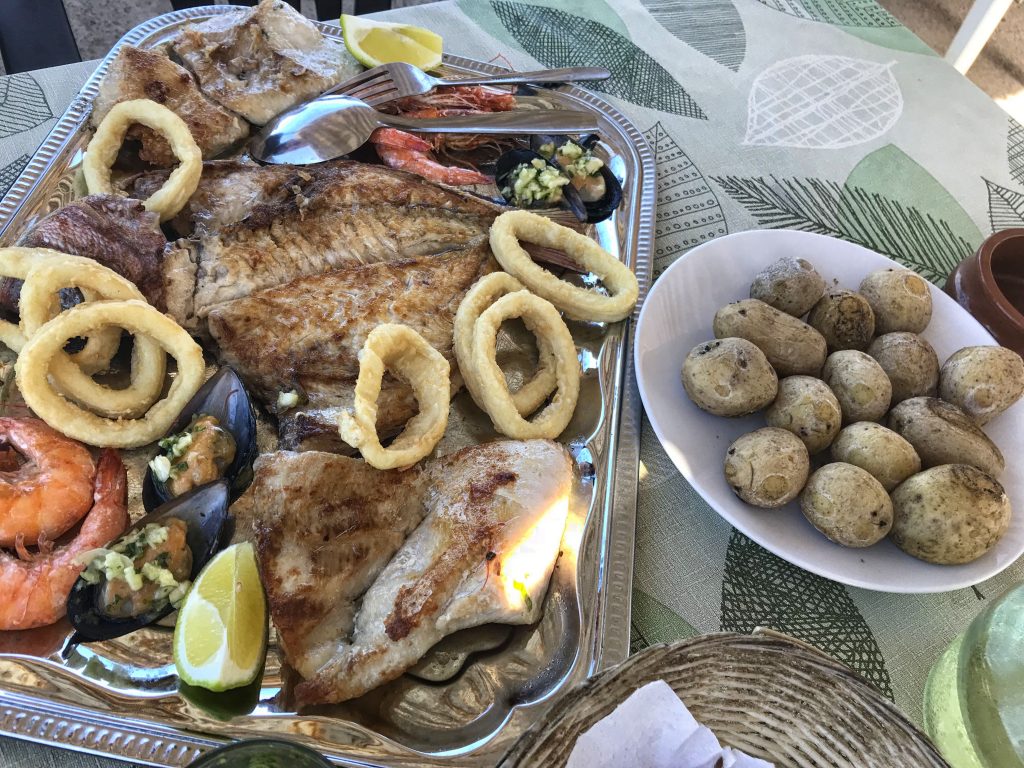 Fish or fish nuggets fried in churros batter and served with mayonnaise based sauce. We  found it on the menu in one restaurant and the batter wasn’t crispy enough probably a bit of bad luck but we still recommend to try and hopefully you will get one properly prepared. 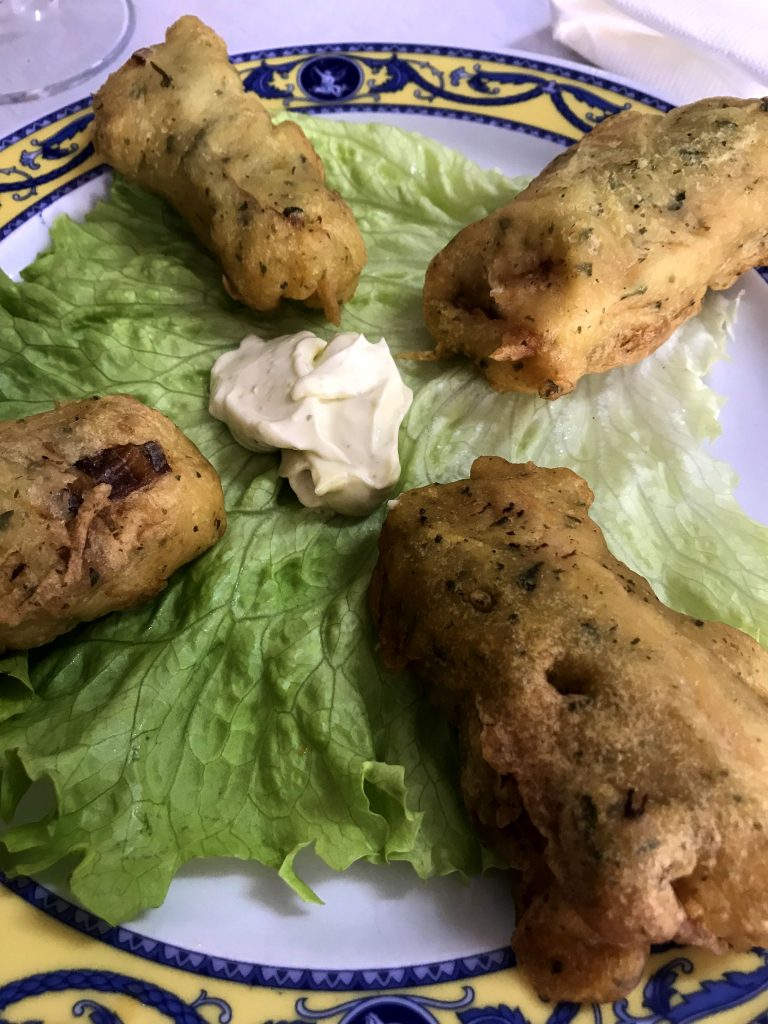 Unusual flavors of jams but both really tasty. Goes really well with fresh croissant. We bought it in a small shop in Garachico both around 2 euro per small jar but  worth it. We saw a lot of travelers recommending opuntia lemonade but didn’t find it exciting – tasted like really sweet fruit tea. 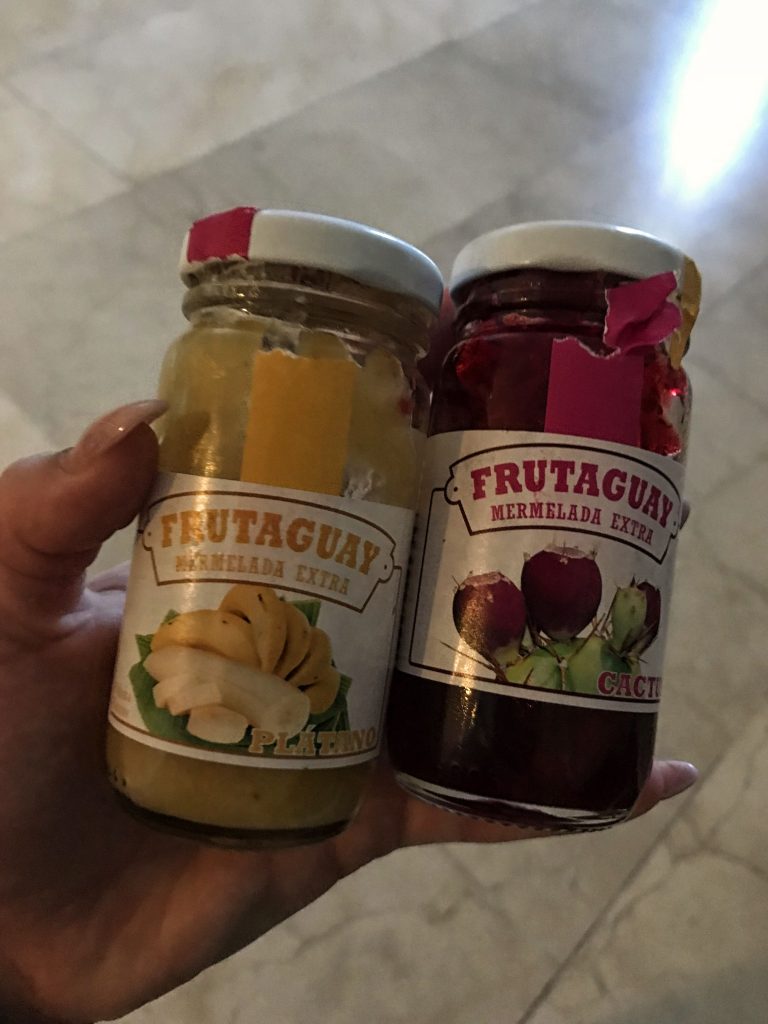 Bananas are all over the island and are widely used. Luckily they do not go as far as people of Madeira and serve it with fish. We got garlic and spicy banana chips which doesn’t taste like the one you can get at home which you would put in to your granola bowl. They have much more distinctive flavor and are a great snack for a beer. 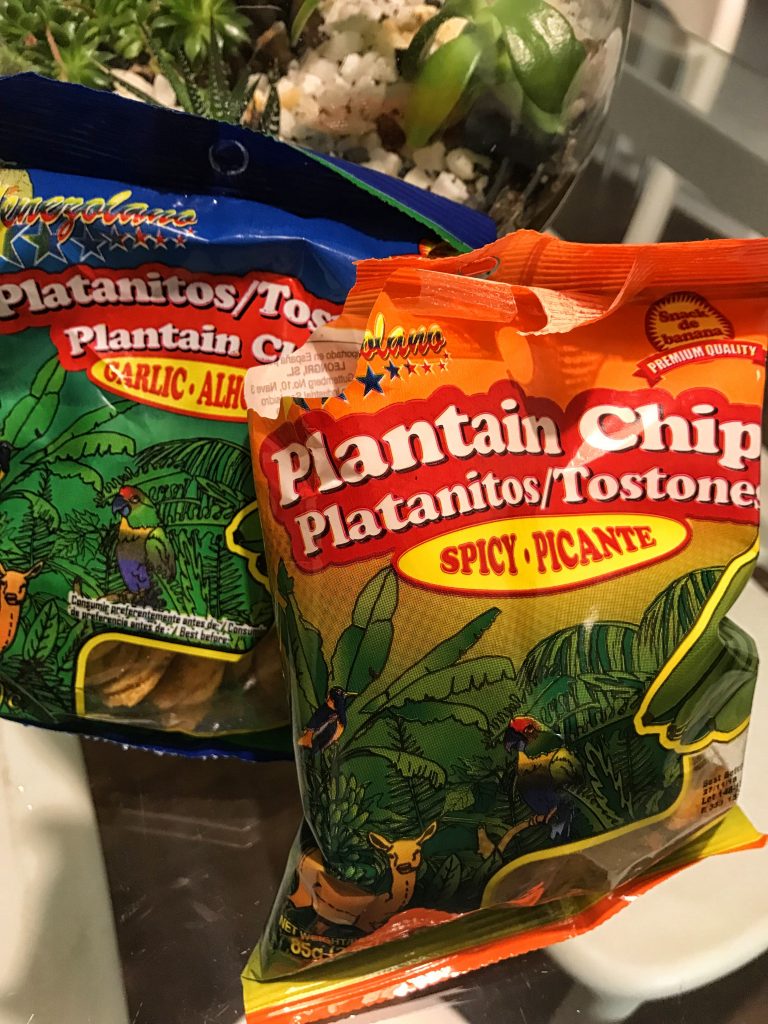 Yes we are getting devoted to one subject but we were nicely surprised by banana products. We were expecting sweet thick banana liquor but actually it tasted like real wine with very sublime banana flavor. Very interesting and definitely you could pair it with some food!

When you are trying all different types of food in Tenerife be aware of portions. Before you order a lot try to go easy at first. Portions are very generous sides are usually ok for 2 people and everywhere you will get bread which appears on the bill extra! 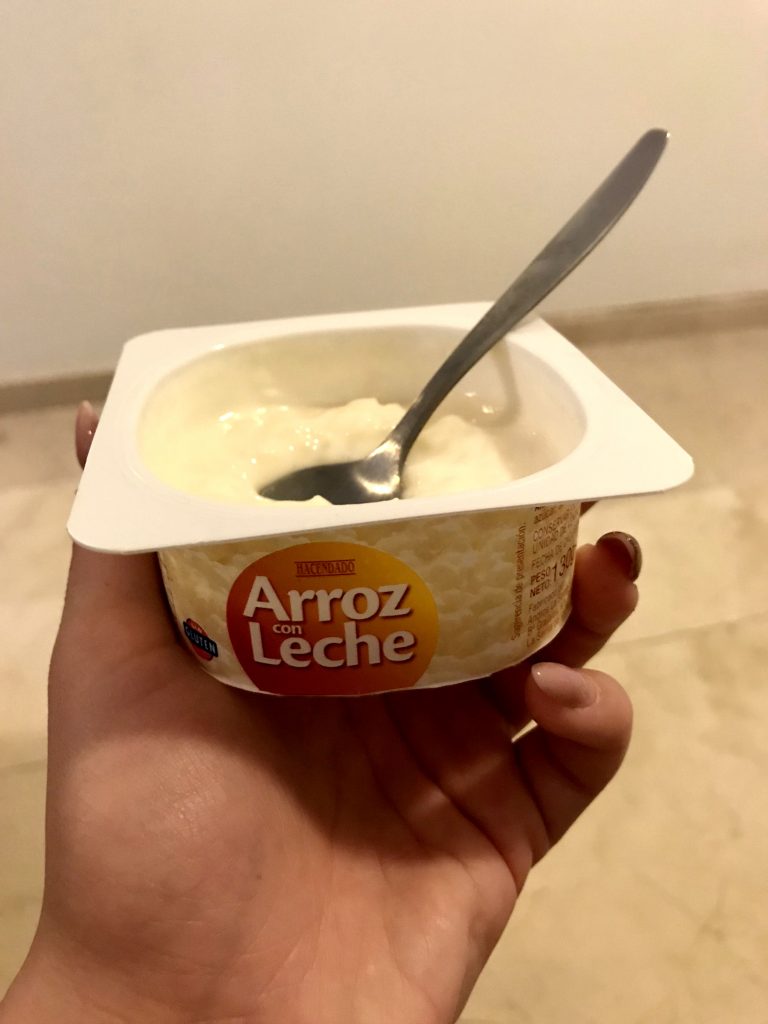 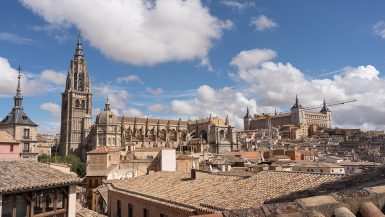 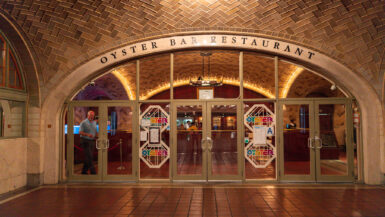 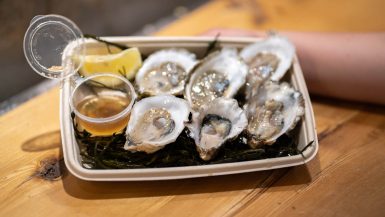