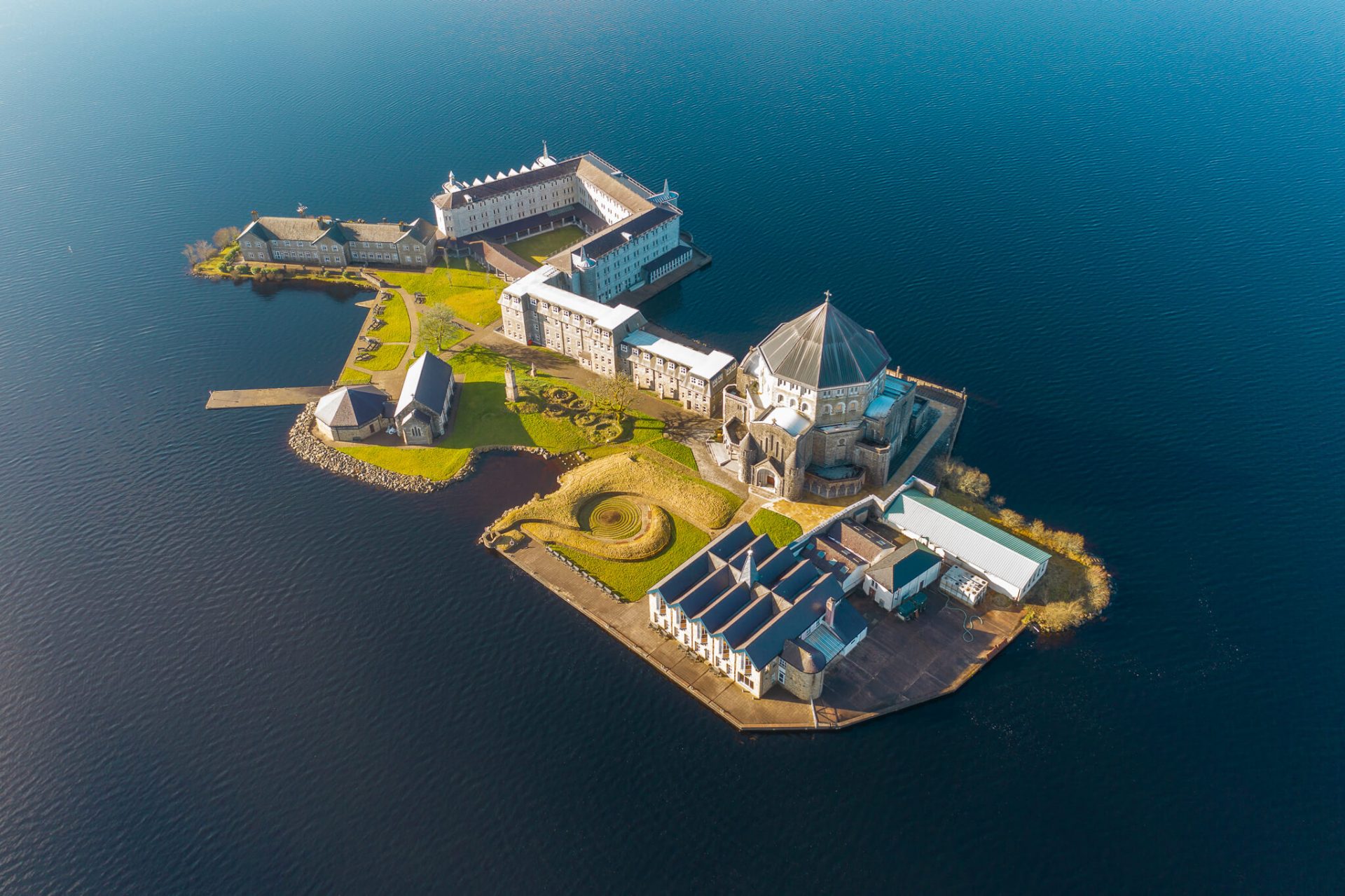 Donegal County, which we have dreamed of for a long time has never been on our way for one reason or another. Unexpectedly coronavirus pandemic brought us there. At the time, we were supposed to be skiing in Austria, Austria closed the slopes and we got stuck on a week’s vacation in Ireland. We decided that we would watch the weather, and if we hit the weather window somewhere, we would go. It fell on Donegal, where we spent two days, and on the way back, on the third day, we ran briefly into Sligo.

Two days in March (a relatively short day) during which we made lots of stops for photos and drone flights to a county as large as Donegal is relatively few. In 2 days in Donegal we couldn’t see everything we wanted, but we have a plan to go back. At the end you will find our complete map of destinations, which you can use to build your route.

We have to admit County Donegal with Connemara and County Kerry make the top of our list of the most beautiful places in Ireland!

Lake to which pilgrims come every year. All because of the monastery … located on the island! The remains of the original monastery are on Saints Island, which is currently overgrown and inaccessible. Legend has it that Saint Patrick stayed there in 445, hence the name – Sanctuary of Saint Patrick. The island on which you can now make a pilgrimage is called Station Island. The pilgrimage season begins in May and ends in mid-August.

We went there in March, in addition, the coronavirus pandemic was starting – because of that we were all alone there, and there was no possibility to sail to the island. In our opinion, the biggest impression it makes from a bird’s eye view!

Ireland’s highest cliff rising over 600 meters above sea level. Don’t ask exactly how much, because in three different sources we have found three other values, and the official site gives just as enigmatic information on this subject as we do here.

We didn’t have much time for the trek, so we drove to the lookout point to enjoy the views. After seeing the gate, we were close to leaving the car in the lower parking lot, but as it turned out, there is no ban on entering higher. The gate is closed due to grazing sheep – you can cross, but you just have to close it behind you. The second parking lot is practically a few meters from the viewpoint.

Along the way to the left the inscription “Eire 71” appears. During World War II, 83 characters appeared on the Irish coast with the inscription ‘Eire’, each of which has a number assigned. These were signs that informed pilots that they were above Ireland, not Great Britain, and protected the island from accidental bombings. Some of the signs are damaged and overgrown, a great example is the inscription Eire8 on Bray Head, which appeared again during the fires in 2018.

One of the most beautiful beaches we have seen in Ireland. It’s located in a bay, it can be reached by stairs. It has an extremely graceful shape, and the water on a sunny day takes on a dark turquoise shade.

A small island connected with the mainland by a picturesque bridge. There is nothing special there, but it’s worth driving around and enjoying the views. We hit a rainbow during crossing the bridge and we managed to catch some nice pictures.

A mountain in the middle of nowhere with a shape that reminded us of Kilimanjaro. Its slopes are covered with rocks, which from a distance seemed to us that on the mountain there is snow . It looks the most beautiful from the side of Lake Dunlewy, on a cloudless day Errigal is reflected in it like an ideal mirror reflection. You will catch the best shots heading for the Dunlewy Center, but don’t go down the exit to the centre, and continue towards the bridge.

One of the six national parks of Ireland. The park gate is located at Lake Beagh, from there you can follow one of many paths. One of them, 4 km long, leads to Glenveagh Castle. Unfortunately, we didn’t have much time, so we took a walk near the entrance, but we would love to come back for a longer walk. In the season, probably the entrance to the park is paid, during our visit there was practically no living spirit, only peace and quiet around us.

The largest beach we’ve ever seen! It’s very long and the impression of greatness was heightened by the fact that we were there at low tide. Many beaches look unattractive then, but not Falcarragh. Falcarragh Beach reminded us a bit of California beaches, but whether it’s a right comparison unfortunately we can’t determine, because we haven’t been to California yet. To capture it (and in principle not even completely) in the frame it was necessary to approach it from a drone.

Another beautiful, long beach. It’s also a surfers’ mecca, we didn’t meet any surfers on any other beach in Donegal in March, and there were a dozen or so on Tullan. We admire the courage to enter the water on such a cool and unpleasant day.

Right next to Tullan Stran are Fairy Bridges – rock formations shaped by the ocean. They are a kind of stone bridges interwoven here and there with holes in the ground in which the crashing waves can be seen. You have to be careful there not to fall into the ocean.

Horn Head is a small peninsula with a cliff coast. The peninsula can be circumnavigated and so we did, we recommend you not only take the roads marked as Wild Atlantic Way – you can discover a lot of interesting spots yourself!

Viewpoint on Tsanarossan Bay and a beautiful sandy beach. That’s how it is in Ireland, that in some regions for 2 days man scrolls through so many beautiful, similar landscapes that it’s difficult to find new, original names for these subsequent … So viewpoint and beach let it be.

We had high hopes for it, and all because of the photos from the drones we saw. We didn’t hit the time well, because Murder Hole looks best at low tide. Then a dike is unveiled, which connects two beaches located in coves next to each other and an islet between them. Murder Hole is a private area, to get to the beach you need to take a 10-minute walk through a field full of cows (this isn’t prohibited). However, you aren’t allowed to fly drones (some do as you can see  drone photos online) or bring dogs. We also recommend mindfulness and not leaving valuable items in the car – the car must be left next to the traveller’s caravan park.

The only lighthouse we were able to see during this short trip. Fanad, as many other lighthouses, is picturesquely situated on a rocky promontory. It looks most beautiful during sunset. Unfortunately, the disadvantage of this hour is that it can no longer be visited. It doesn’t matter if you admire it only from the outside or if you can also get inside – the Fanad lighthouse is worth visiting! Lighthouse tours can be booked thru this website. 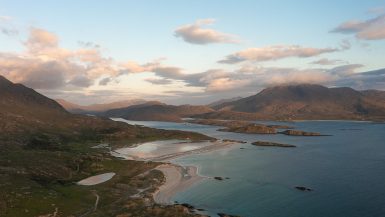