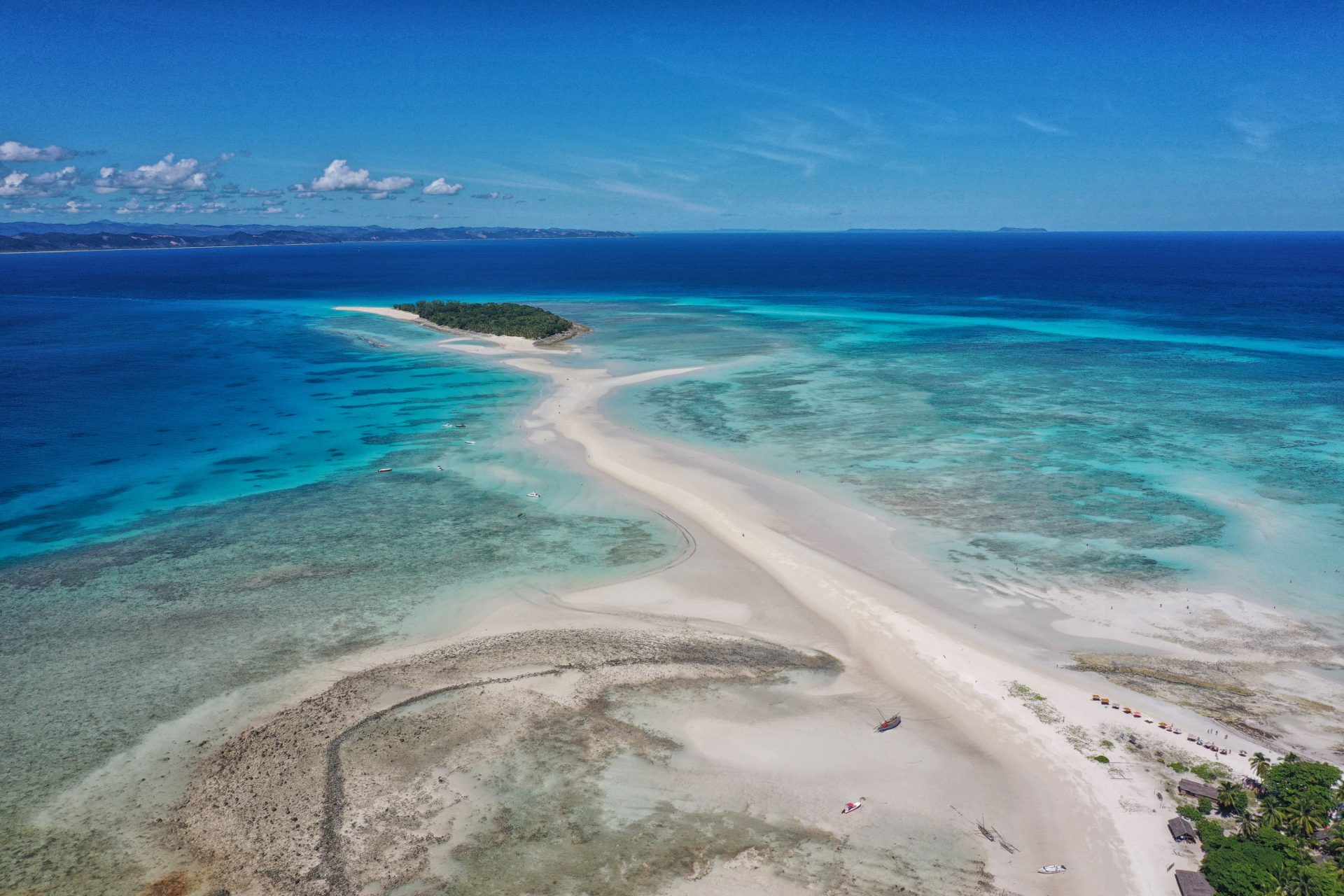 When we were going to Nosy Iranja island we imagined deserted island which you could call paradise on earth. The reality was quite different as Iranja was crowded and touristy. You can drink beer in a restaurant, load yourself with souvenirs even stay in a bungalow overnight. We were disappointed our dream didn’t come true, but anyway it was so beautiful we couldn’t get enough of it!

Let us explain first Nosy Iranja island it’s not one but two Islands – bigger Nosy Iranja Be and smaller Nosy Iranja Kely. Islands are connected by sandy causeway which disappeared under water during high tide. Distance form Nosy Be Island is around 50km and Madagascar mainland only 5km. On the Island there is village, school, few restaurants and bungalow hotel.

It’s not hard to imagine one have to pay properly for day in paradise. Trip from our hotel was 80 euro per person so you can agree it’s not cheap. We couldn’t swallow this price tag and started searching around. We found few options online and decided to go with one from Nosy Be Original agency which was priced at 50 euro.

Because our hotel was in the middle of nowhere far north of the Island we had to pay 15 euro extra for transport to meeting point (hotel Vanilla). Totaling at 65 euro we still managed to save! Additionally it was very easy to communicate over the phone in English which isn’t always a standard in Madagascar. Included in price was transfer, guide, lunch with superb fresh fish and sea food. It took 1.5 h to get there and we spent 5 h on the Island

We reached our destination at 10am and our guide informed us we have around 1h until high tide will come. At first they decided to visit village and buy souvenirs which wasn’t really our point of interest so we decided to hit view point straight away. We have seen many villages at this point and causeway supposed to disappear shortly so choice was simple.

We climbed view point with lighthouse as one of very few who sunbathed on the beach. Sweat was running down jauntily not because of height you have to gain but 35 degrees, which suck life out of you. On top there is a lighthouse and trees which covers the view.  You have to go up the lighthouse to see causeway but you do it on your own risk. Steps are rusty and some are even missing. In our opinion it’s nice but not jaw dropping from beach perspective but from the top it’s completely different story!

After viewpoint we went down to walk along the causeway. We didn’t go all the way to Nosy Iranja Kely. Firstly because we were told it’s a private beach secondly due to length – causeway is 2km long. Instead we swam in warm, shallow turquoise water and organized tiny expedition to find hidden, wild beach.

At low tide going to hidden beach on the other side of the Nosy Iranja island it’s quite easy but at high tide it’s a bit of a challenge. We walk all the way to the end of white sandy beach which goes from the causeway along the village. In the end there is a lot of rocks between cliff and water. During high tide you have to scramble over it. It took us 15 min to get to other side then you take right turn and after couple of minutes you are in the small bay. Beach there has darker sand and looks a little bit like Mirissa in Sri Lanka. The best part was we were there completely alone! If only not burning hot sand and lack of time we could chill there for a long time.

Lunch was a nice surprise and definitely one of the best meals we had in Madagascar. Our guide started with plastic bottles of homemade aperitif which was rum mixed with fresh fruit juices. It had gentle taste and a good kick in it. After that platters were served of different vegetables, rice, potatoes, grilled langoustines and few types of huge grilled sea fishes. Water and beer was included.

We can say it was a day in paradise (maybe a bit crowded paradise, but still paradise). However, if you are looking for a truly deserted island, then Sainte Marie on the east coast of Madagascar will be a better choice. Nosy Iranja island was only one of many places we have visited in Madagascar, more details in our Madagascar Travel Guide. 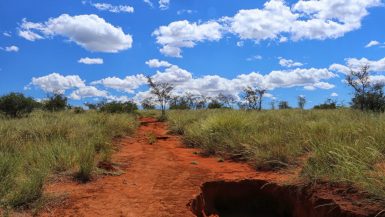 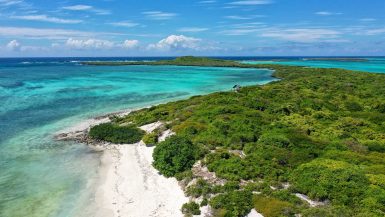 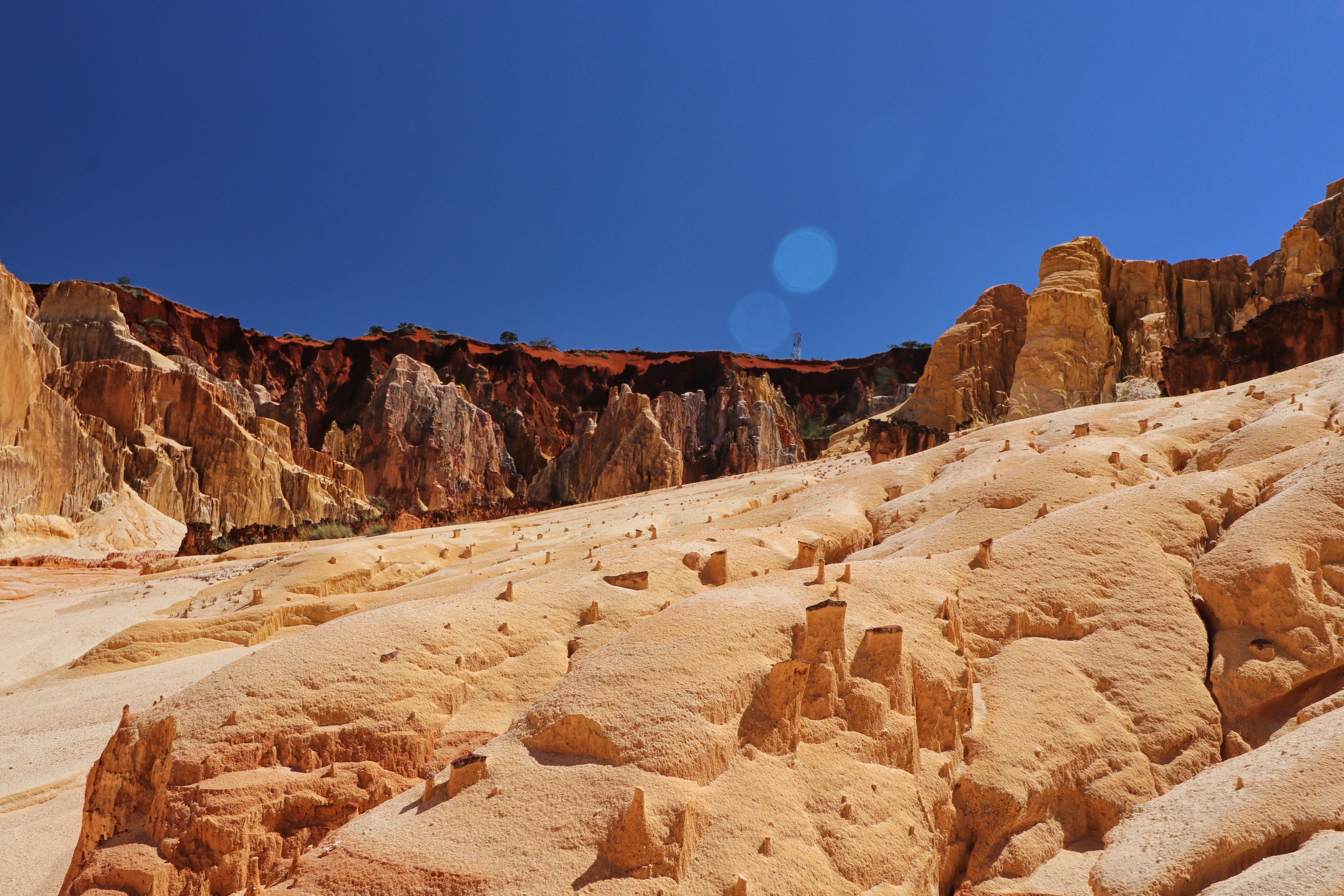