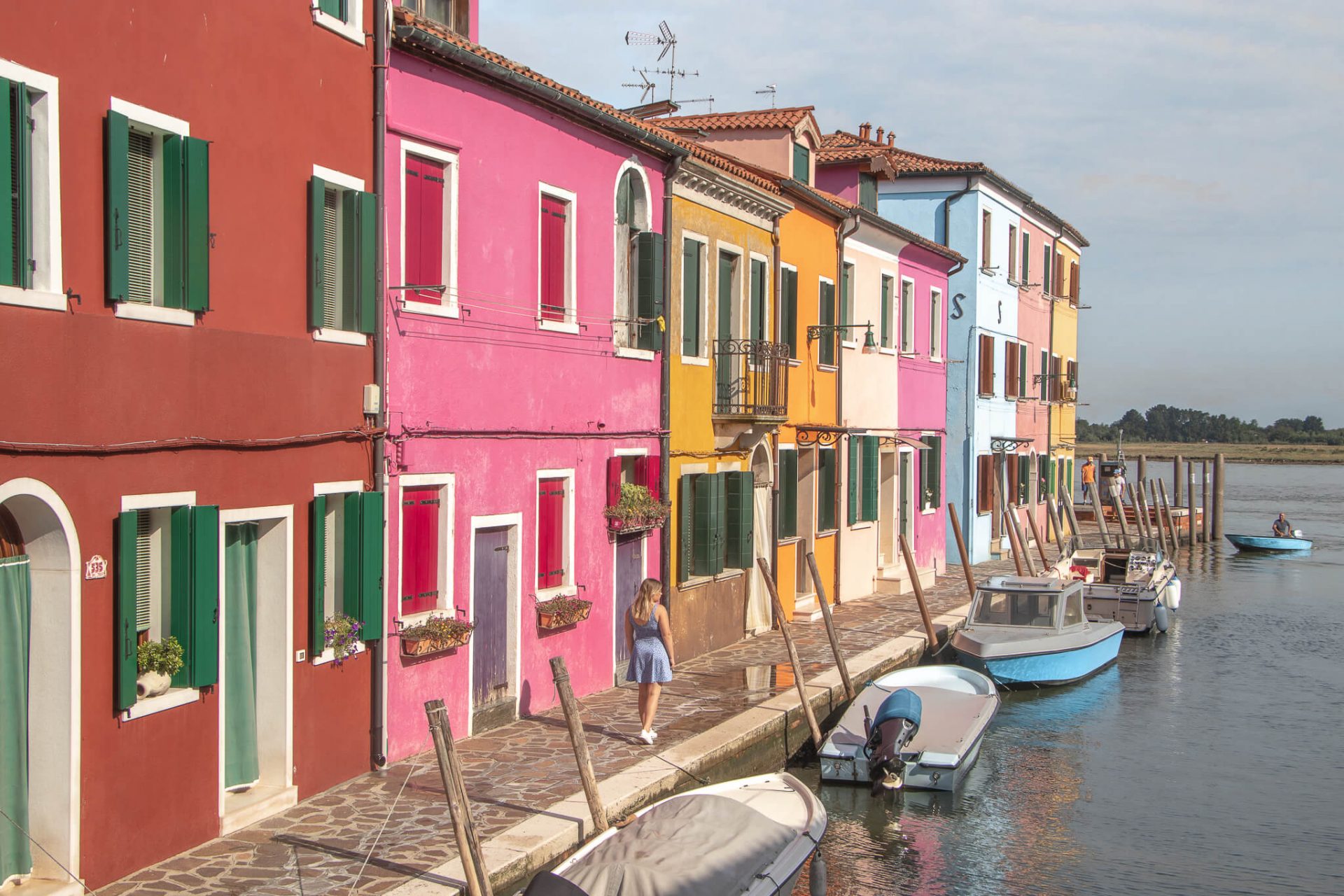 Burano is a place that stole my heart and I fell in love with it unconditionally. I was afraid I wouldn’t get there at all, because there was a terrible storm in the morning. Since sunrise I waited nervously for the weather to improve and as soon as it stopped raining at 7:30 am I set off like crazy to the Varporetto marina. I spent a lazy morning in Burano and stopped by for lunch in Murano. If you are going to Venice for more than one day, be sure to include Burano and Murano on your list!

Burano is an island 8 kilometres from Venice that can be converted into a 50-minute varporetto cruise. The island is small, literally it takes an hour to walk along and across. Burano is famous for its houses painted in all colours of the rainbow and not just a few houses, literally all houses on the island are colourful! Burano is included in the list of the 10 most colourful towns in the world by many magazines. Apparently, in the past, the colours of the houses were regulated by law, you couldn’t just choose the one you like. Now, however, things changed and the residents can decide how to paint their house themselves.

The houses in Burano are low, usually two or three storeys, painted in various colours. Legend has it that the houses were painted flashy colours to make it easier for fishermen to get home during the dense morning fog. Probably nobody is sure how it really started. The colours of houses in the past were also useful for demarcating property boundaries. Burano currently has fewer than 3,000 inhabitants who are mainly engaged in fishing as well as handicrafts – Burano is famous for its lace, the export of which in the past fuelled the island’s economy. The locals are also involved in the production of the famous Venetian carnival masks, and some of them work in the production of glass in Murano.

There is also a legend related to lace, which tells of a fisherman fishing in the eastern sea outside the Venetian lagoon. The fisherman, attracted by the siren’s singing, became her fiancé. The mermaid queen tapped her tail on the side of the boat, creating foam that formed the wedding veil, a gift to the fisherman for his allegiance to the mermaid. The fisherman returned home to his beloved and gave her a veil on her wedding day. Other Burano brides envied the mermaid and began to imitate the lace of the wedding veil, hoping to create even more beautiful lace for their wedding dresses.

Burano is a small island, but often visited by tourists. In many places I saw complaints about the crowds and how Instagrammable it is (many people think that the houses were painted to make Burano more insta friendly …). For this reason, it’s worth getting there early in the morning, preferably at sunrise, or just going in the low season.

On Monday morning in Burano it was so lazy and idyllic that I was sipping espresso for half an hour (yes, here’s a bit of a slip-up, I ordered a ‘uno cafe’ hoping for cappuccino, and got an espresso in the morning) and ate cookies, watching the lives of the locals. The pubs were just opening up, and the tourists had yet to come to the island. Such a quiet, morning Burano is a place you don’t want to leave!

Murano is an island just 1.2 km north of Venice, and you can reach it in a few minutes by tram. I didn’t like Murano as much, in short, after Burano, not much can impress you. Murano is less colourful, and you could even say it has all shades of brick. I only went there for lunch and a short walk.

Murano is famous for its glass production, you can visit the Glass Museum there, for which I, unfortunately, didn’t have time. Virtually all stalls on Murano sell glass gadgets, unfortunately they are mainly Chinese products.

Burano and  Murano – how to get there

You can only get to the islands by boat. The best and cheapest way to get to Burano and Murano is with the varporetto or the water tram. A 75-minute ticket (you can change the boat any number of times) costs 7.5 euros, but if you are going to both islands, the best option is a day ticket for 20 euros. If you have a daily ticket, it’s best to plan the time to visit Burano and Murano on one day, and to cross at least a small section of the Grand Canal. Before each entrance to the varporetto, you must put the purchased ticket against the reader (otherwise the gates will not open).

You can find varporetto timetables here, but Google Maps is fine too. Trams run from early morning until late at night. If you have a fuller wallet, you can decide to travel by water taxi.

The only tram to Burano is no.12 (there is also a night tram NLN), you can catch it at Fondamente Nove “A”. The cruise takes approximately 50 minutes and the tram also passes Murano and Torcello. You can sail to Fondamente Nove from many places in Venice. Another option is to catch any Murano tram and change to 12.

The number of trams going to Murano is much greater. You can get there by trams number 3, 4.1, 4.2, 12 and the night N (NMU). The starting points are Piazzale Roma (right outside the train station) or Fontamente Nove. The journey takes several minutes, depending on the starting stop.

Interested in other colourful places in Italy? Check out our Cinque Terre guide! 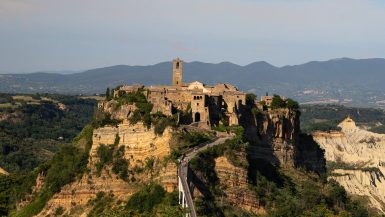