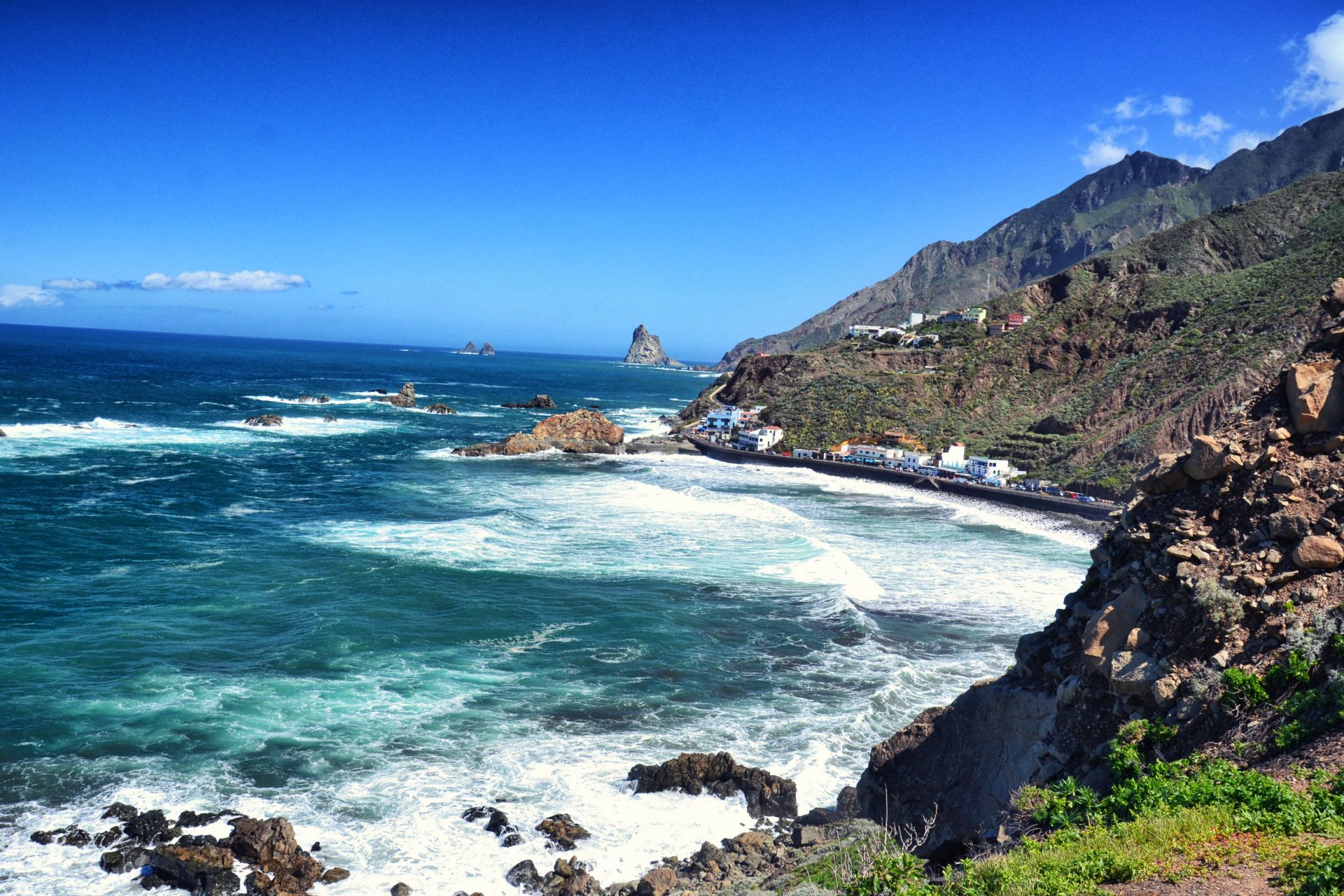 Looking for information about places which are worth to visit in Tenerife we noticed there are not a lot of mentions about Anaga Mountains. We always try to see as much as we can and try to cover even smallest piece of land, so we couldn’t let it go- we had to check what is like in the north-eastern part of the Island.

Northern part of Tenerife is totally different than rocky, dusty, desert like South and we couldn’t understand why people prefer to stay on crowded beaches instead of exploring green areas of the North (ok, we were actually happy, that there was no crowd). Breathtaking greenery and mountainous landscape- that’s what we’re looking for! When we saw it we started to think about Hawaii and we’re sure that in the future we’ll check how similar those two places are.

We hit the Anaga Mountains after Playa de las Teresitas and to get to the road that climbs up to the mountains we had to go back to San Andres. But first we decided to go to Benijo on the other side of mountains. We planned lunch in Benijo and on our way we saw few tiny, lovely villages. One of the first places was Taganana. Views we saw on that road were breathtaking and it’s hard to describe them! Unfortunately after lunch we didn’t have enough time to check what was in the end of that road, but if you have more time- you have to do that for us!

Anaga Mountains are the oldest geological part of the Tenerife, so we decided to have a look on one of the oldest forest formations in the  World (the same you can find on La Gomera Island). We went to Cruz del Carmen, place where the view point is. Unfortunately there were clouds and we didn’t see any view. In this place is  the beginning of a trek route Sandero de Santidos, which is going through the old forest.

You can choose from one of three routes- 300, 500 or 1300 meters. First one is adapted for disabled and older people- everyone can experience walk in one of the oldest rain forest in the World. We decided for longest one and we do not regret! It took us about 20 minute to go around and the forest was amazing. There’s various species of flora, but in our opinion that diversity was hard to see but you could hear many different species of birds singing which was great. We are sure that green, dark and mysterious atmosphere of that forest will stick in our memory for a long time,

We were slowly going to the Southern part of Tenerife (where we had our accommodation) we had to visit last place on our list – La Laguna. It was the end of the day and it was Friday so streets were crowded, but there were only local people. La Laguna is a university town, 140,000 people live in the city and 30,000 are students!

We needed only few moments in La Laguna to fell in love with that city and to regret that we didn’t stop there for a night. This is a place, where you can feel real, original Canarias atmosphere without numbers of tourists- local and authentic place.

Architectural style of the city is similar to other colonial cities in the world. Buildings are colorful and renovated, what is not very often found. La Laguna is wonderful place and we really wanted to have more time to explore it. It is definitely one of these places where times go slower. It’s very easy to find a nice place to eat with local specialties, there’s a lot of tapas bar full of local people.

Unfortunately we were full after lunch in Benijo and we stopped only for wine and plate of ham and local cheese in Mesón La Hijuela. 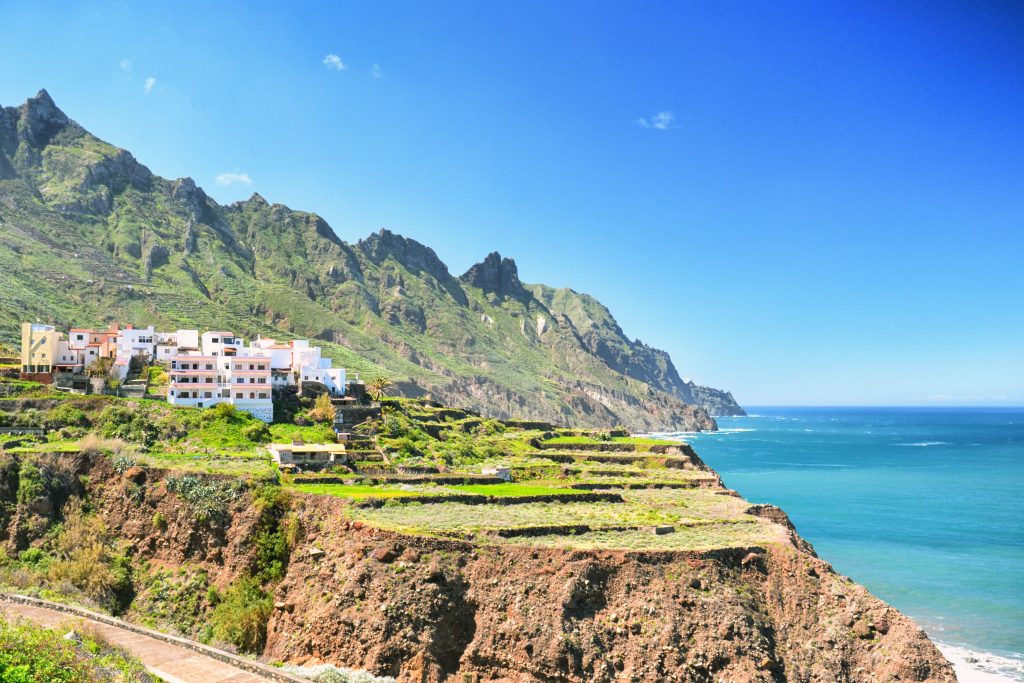 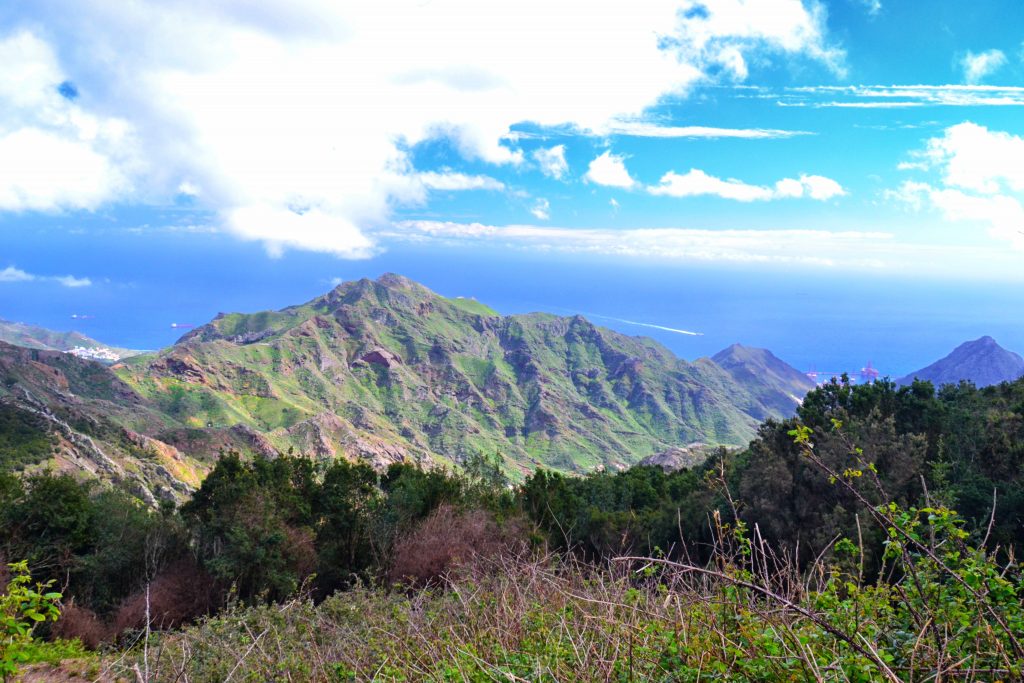 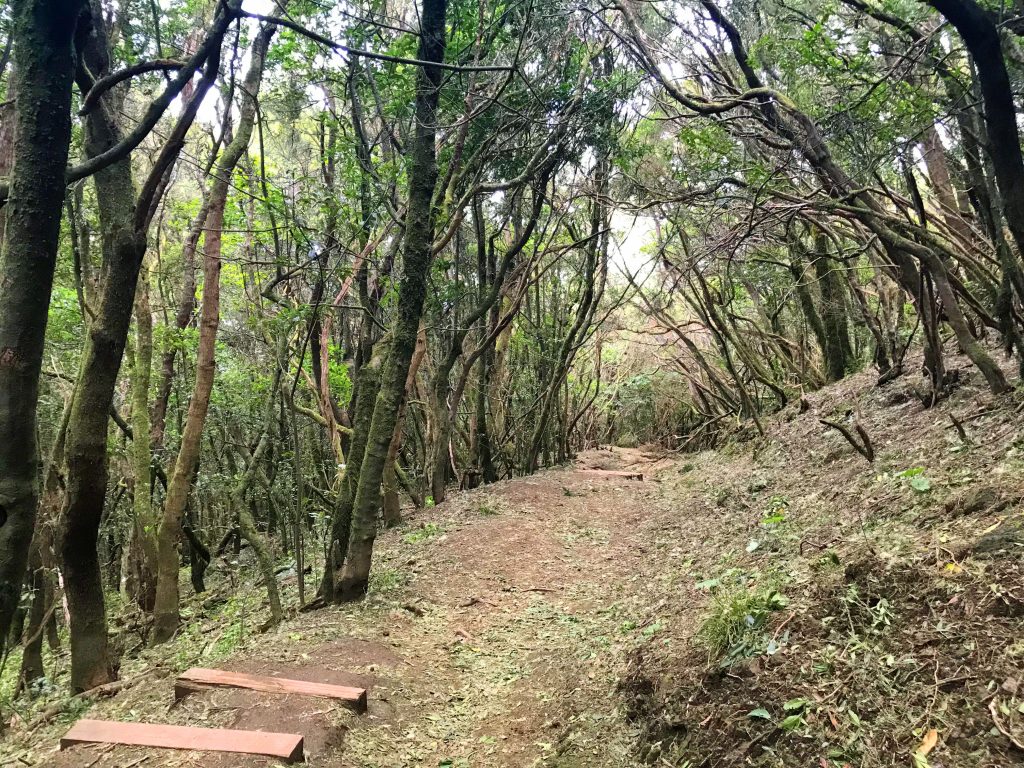 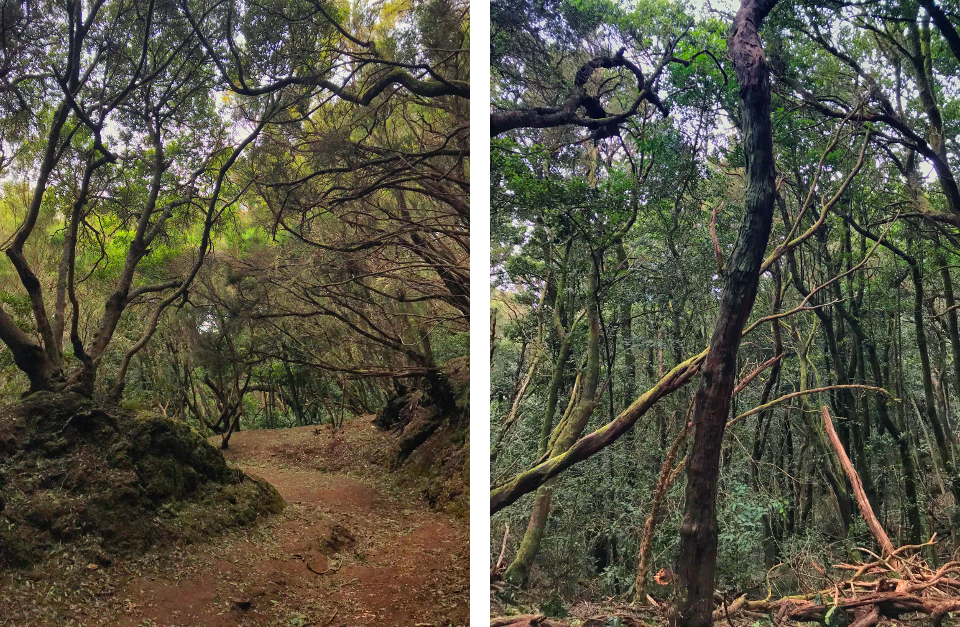 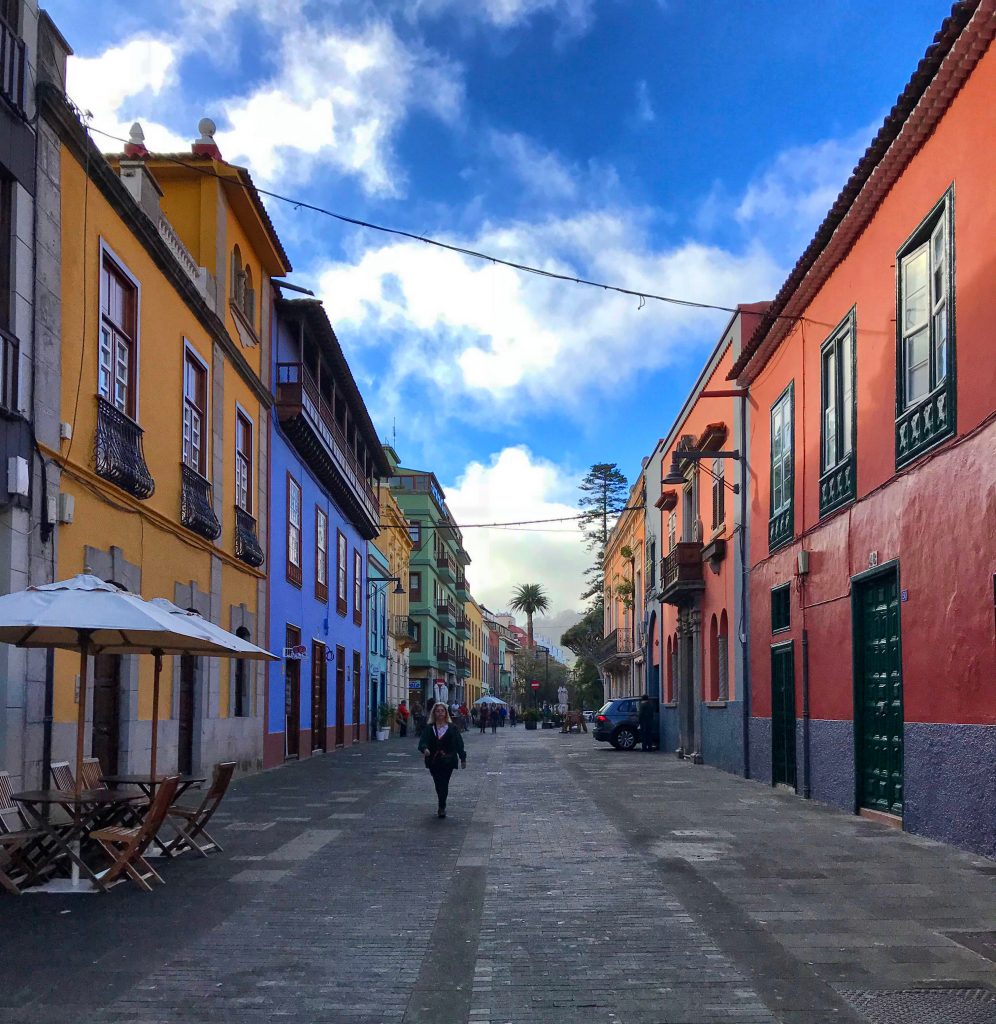 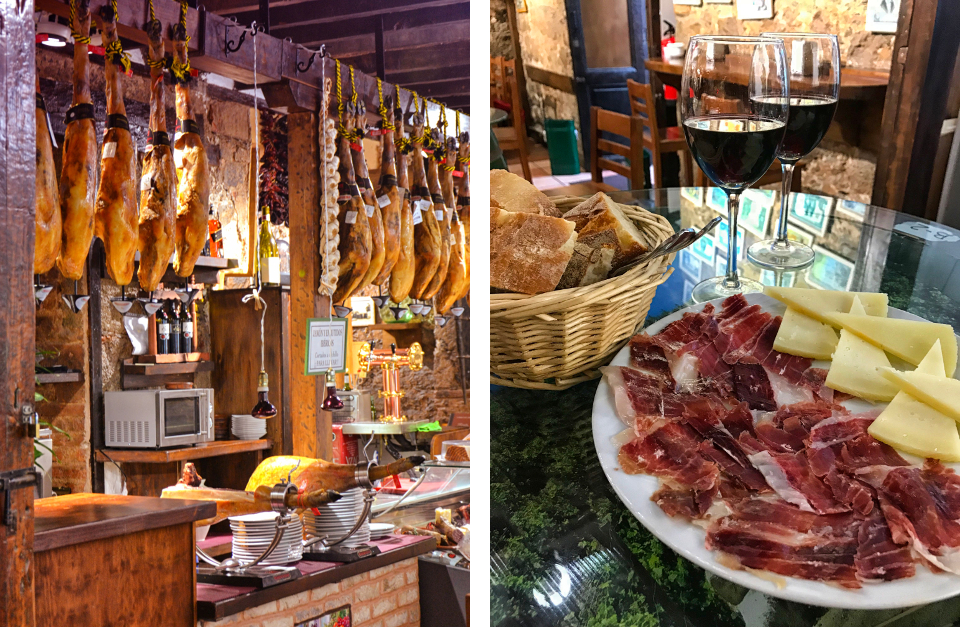 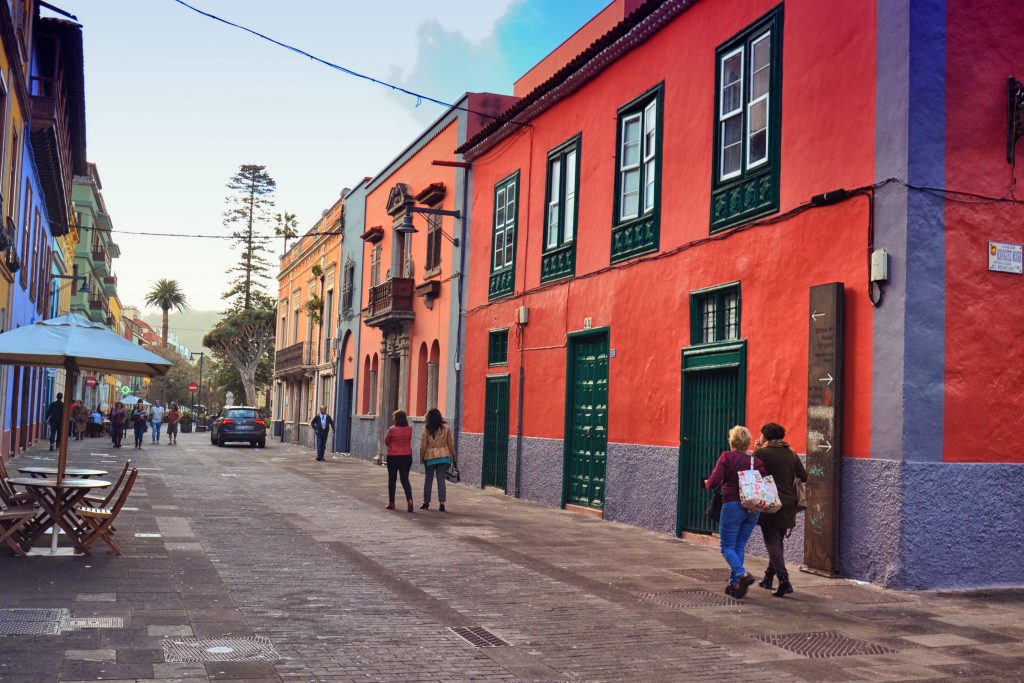 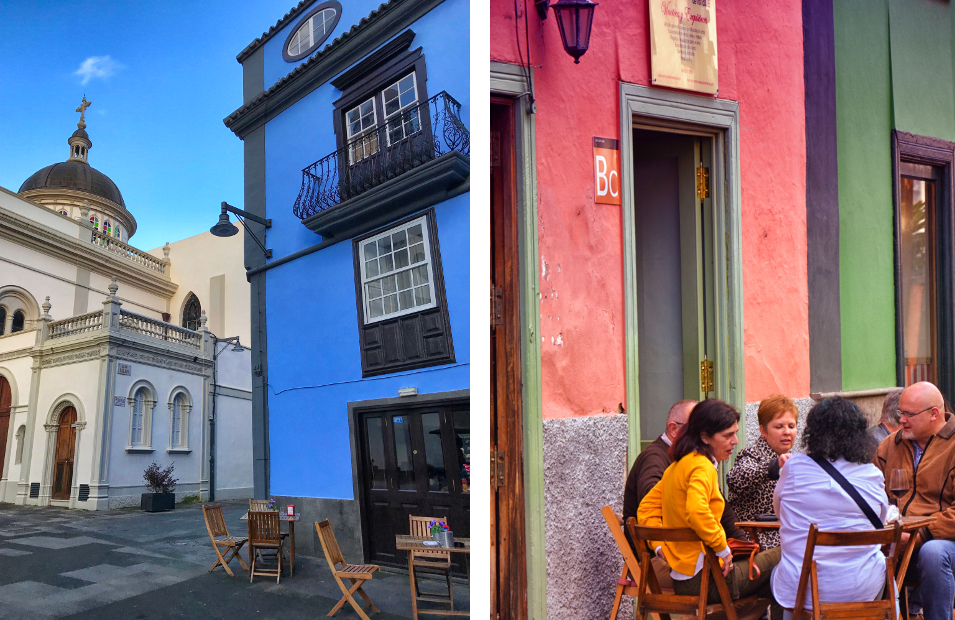