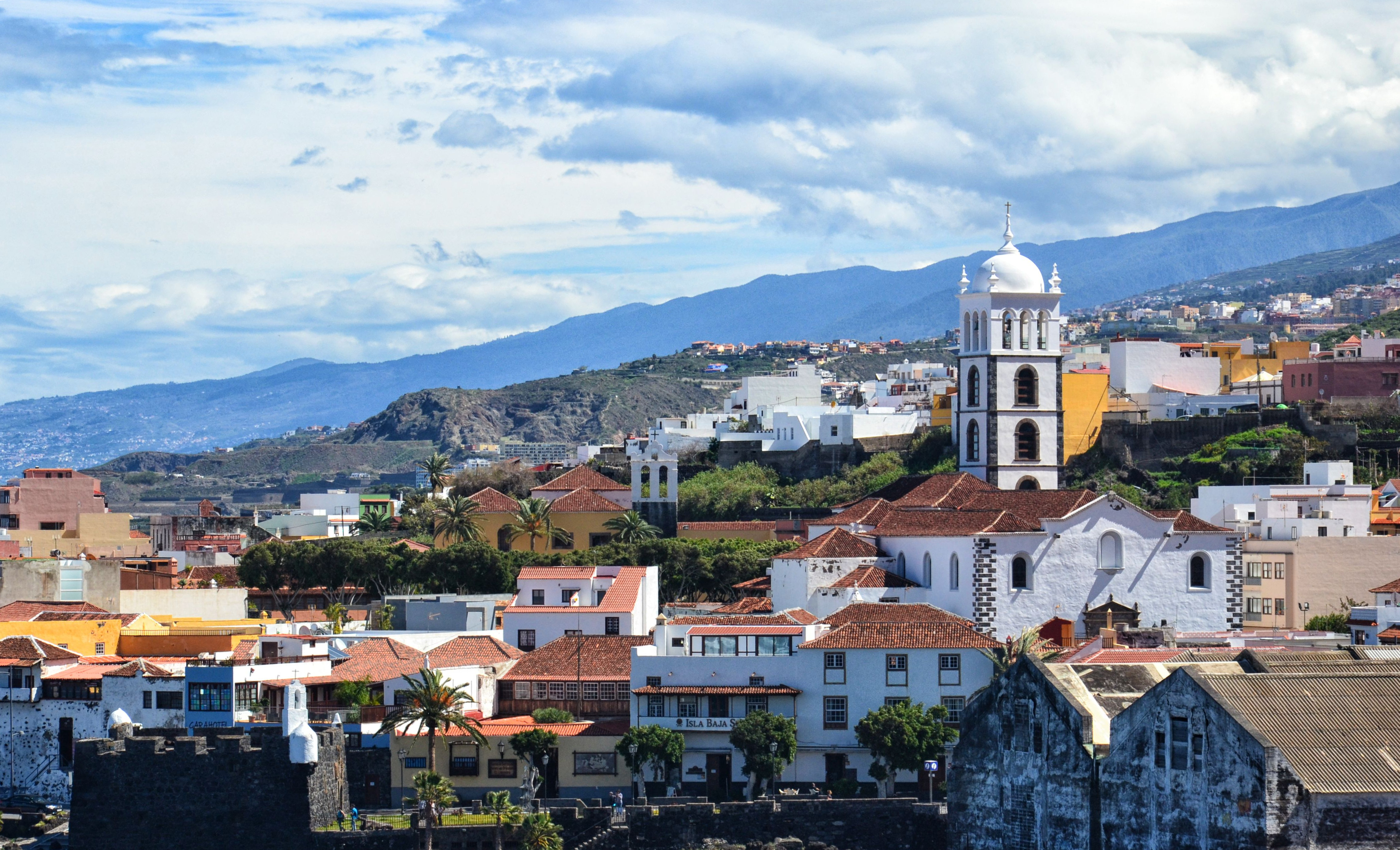 North side of Tenerife is often wrongly underrated and being skipped due to belief there is lot of rain and clouds. From one side we felt it is a pity as we think this part is the most beautiful but from the other side why should we complained about unobstructed view from camera (read: Japanese tourists lol). Visiting areas north of the Island were the one the enjoyed the most and if you ask is it worth to explore we definitely going to say YES.

We went to Tenerife in March and when looking for useful information we were battered with information about unpredictable weather especially in the north. Reality was actually quite different and while we were there North side had more sunshine and we used to spend more time there of course we do understand you could encounter tricky weather anytime but we encourage you to visit places off season and you might find you just have to drive behind the first hill to get completely different weather.

First place we went to was Garachico in north-west side. Of course when we were cruising on the main road from South everything was under control until we took a detour and decide to use GPS to find the shortest route…

It was a winding rolling road very steep and narrow in places but so beautiful. We used get lost 10 times in small villages which only has one way roads but we do not regret! These are the places you want to get lost and explore rural beauty and local life and you wouldn’t experience it sticking to the main road. 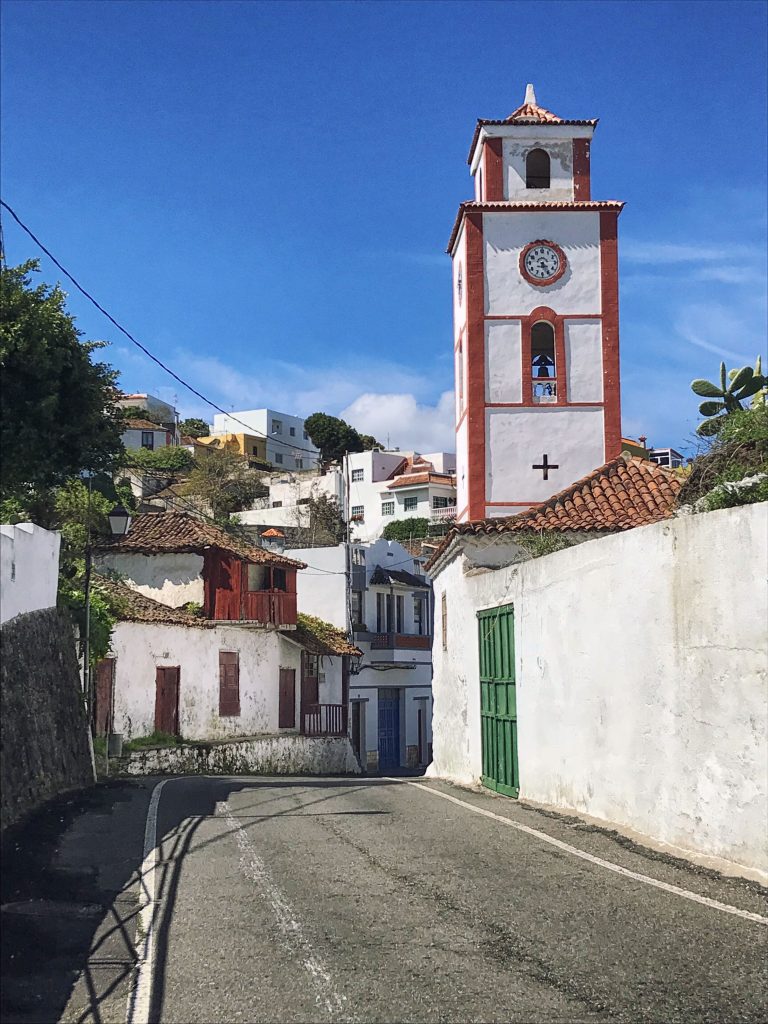 One worth a mention was El Tanque which lies quite high above sea level, lovely sleepy village with as you can imagine – breathtaking view of the ocean. 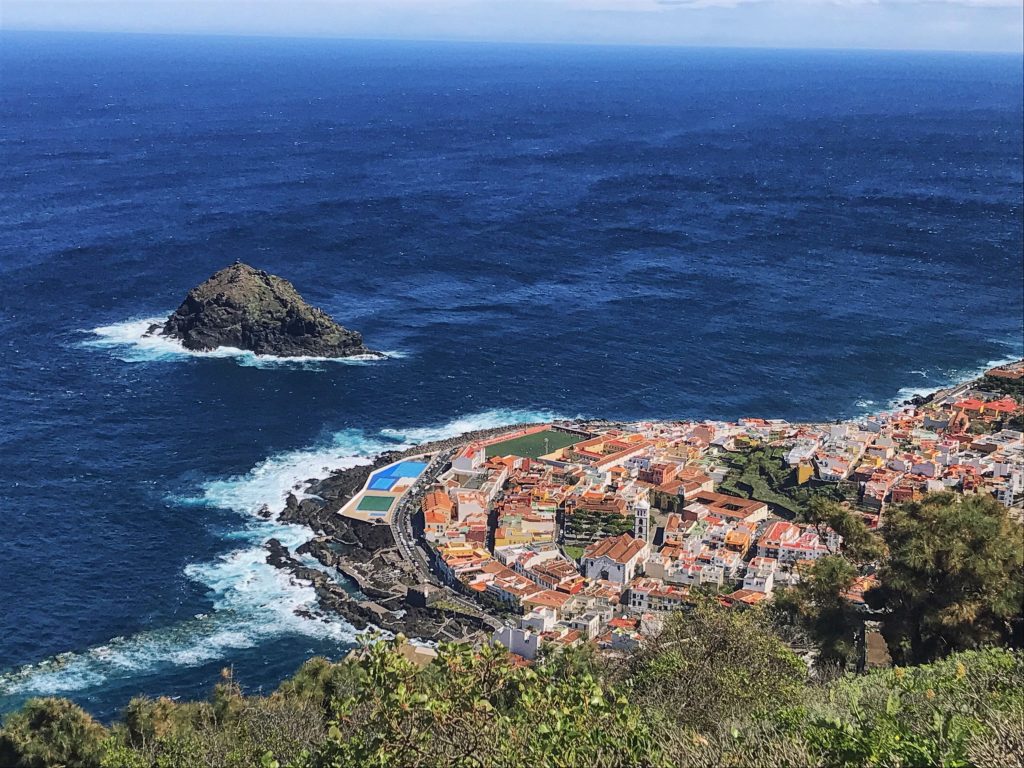 Las Cruces – view from above

The other little town we passed by was Las Cruces just by the seaside. 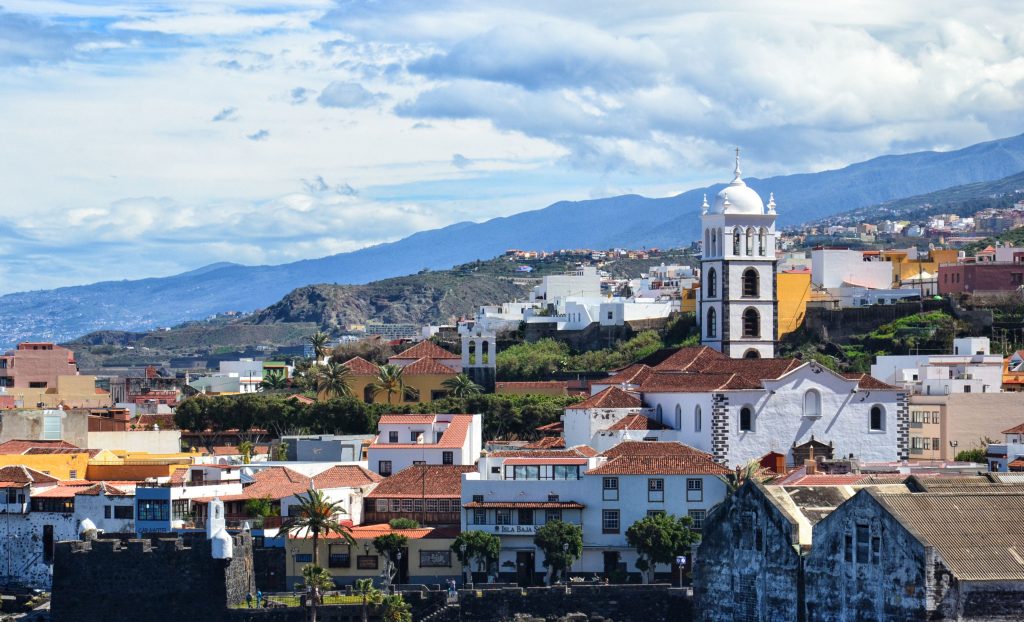 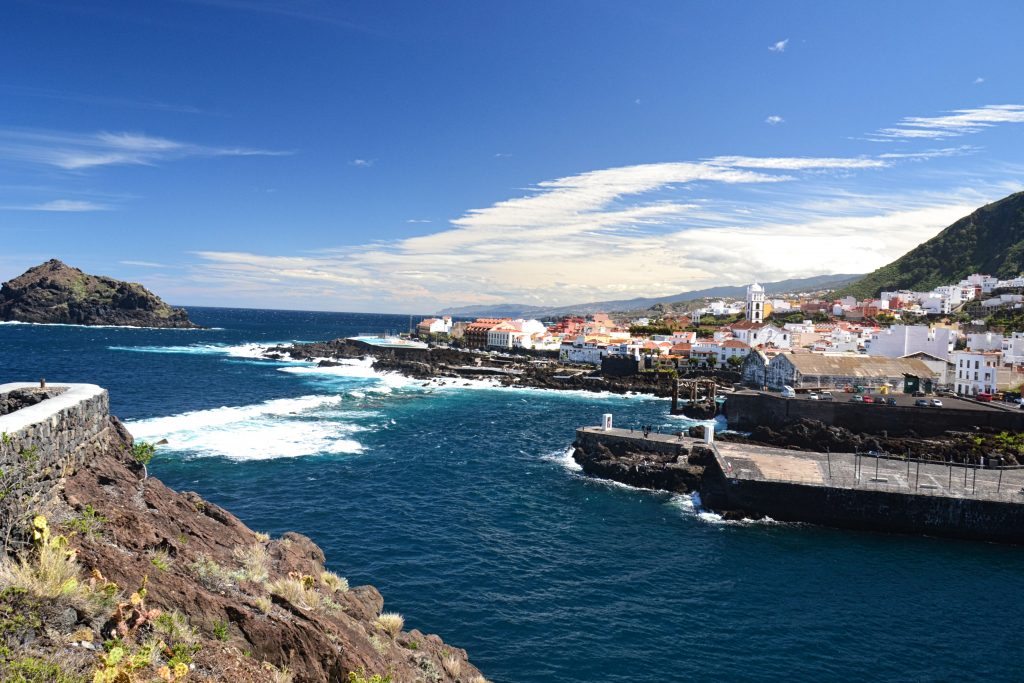 After all the above attractions we finally made it to our first destination – Garachico the town which was almost entirely blown away from the surface due to volcanic eruption. Garachico used to be a commercial port and strategic point. Unfortunately in 1706 the eruption demolished the town completely there were 2 streams of lava which solidified remaining you can observe on the hills above. The only original building which survived is the castle of St Michael but considering the size of it you wouldn’t think it was a part of a castle. 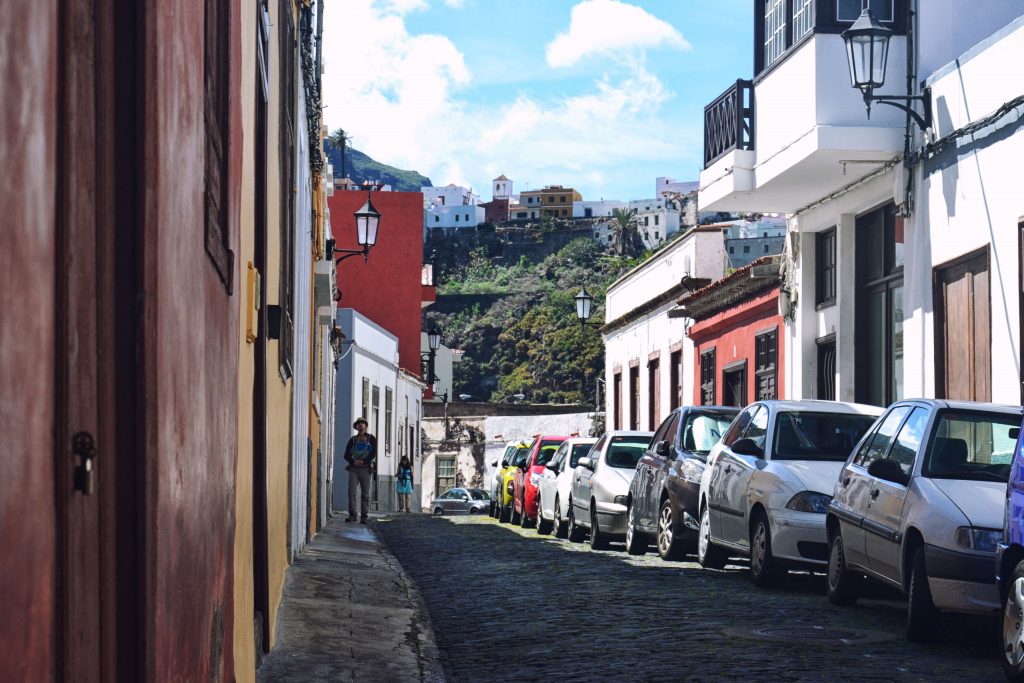 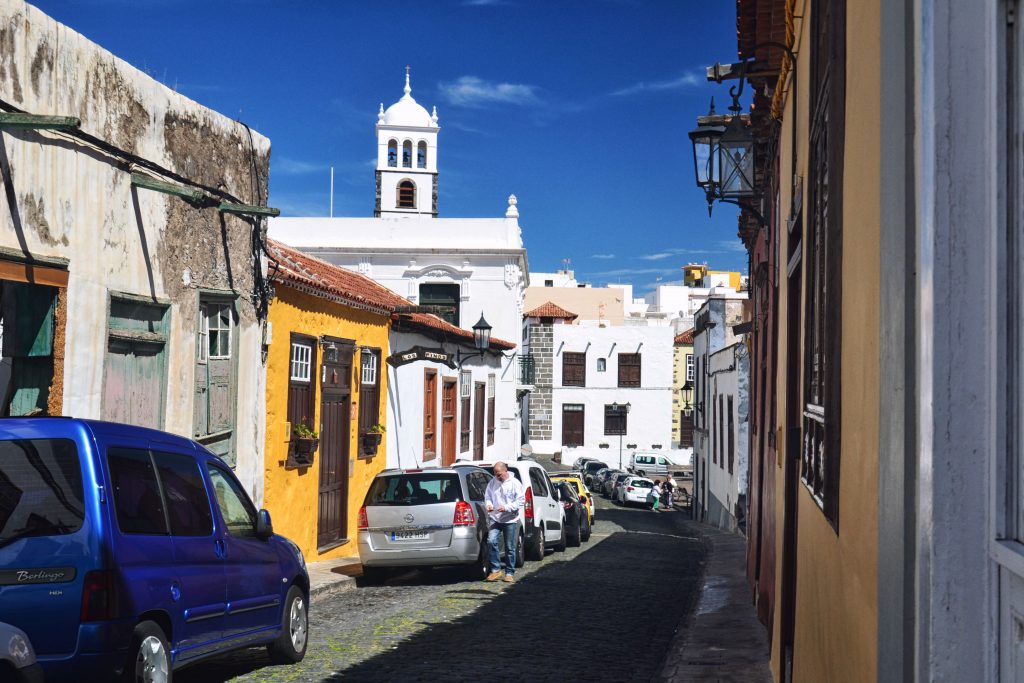 Garachico became straight away one of our most favorite places in Tenerife – quiet, easygoing and truly stunning. 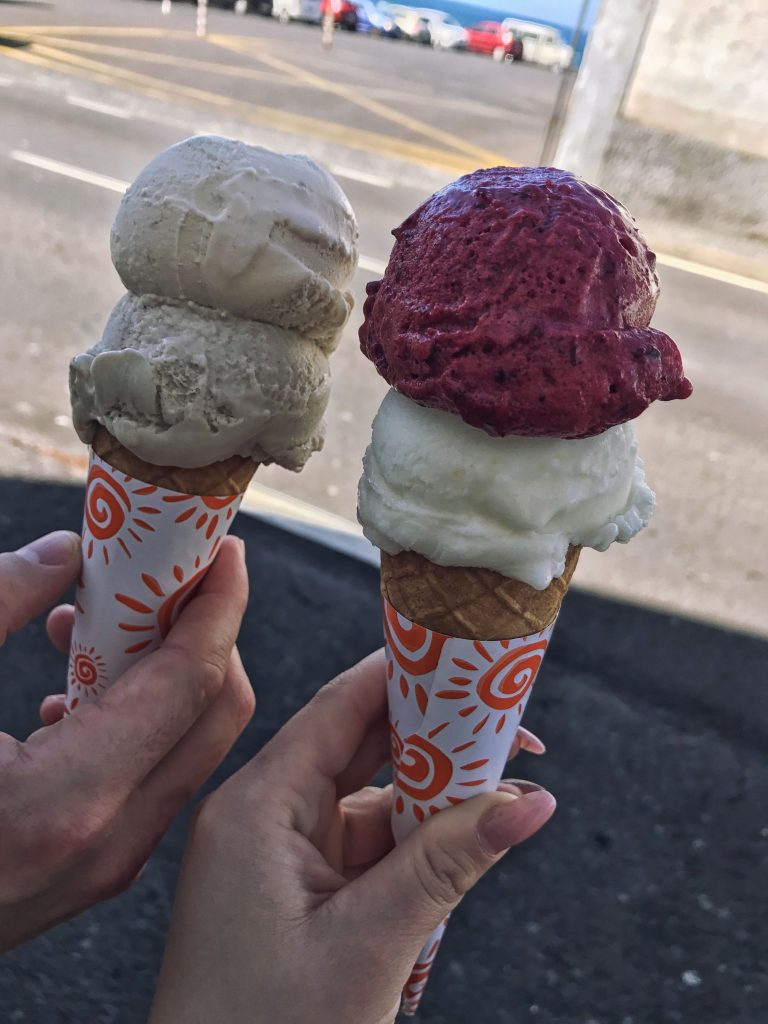 We’ve had great lunch in a local tavern and some ice cream – refreshing lime and red berries sorbet for Aneta and almond and banana ice cream for Dawid. 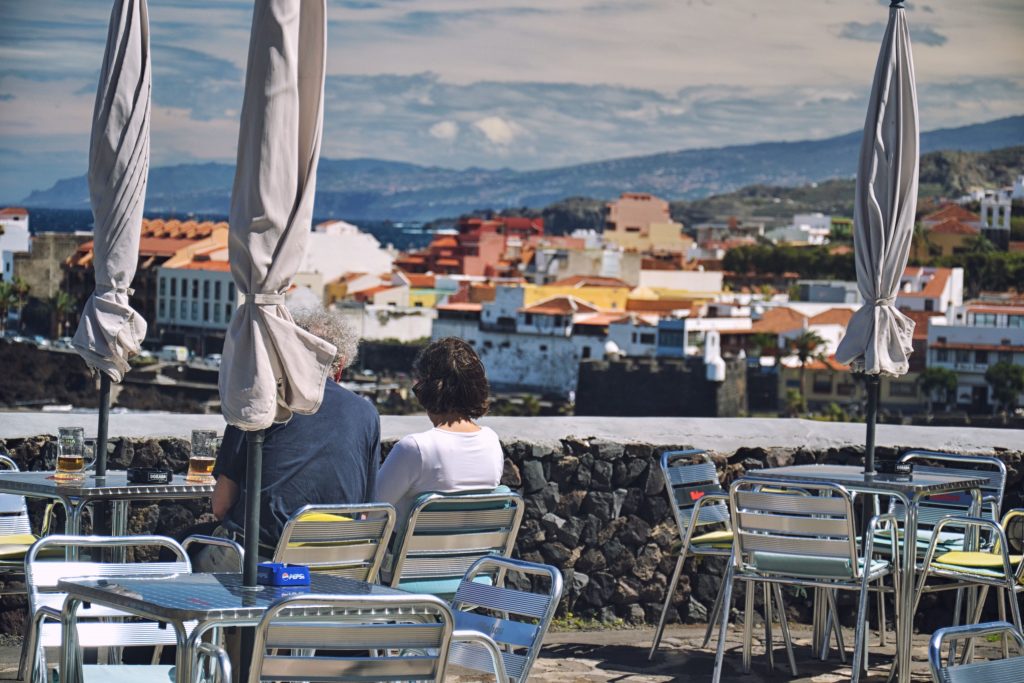 We drove thru Icod de los Vinos where view of Mount el Teide is the most spectacular in our opinion – the combination of snowy cap peak with green palm trees is quite unusual. 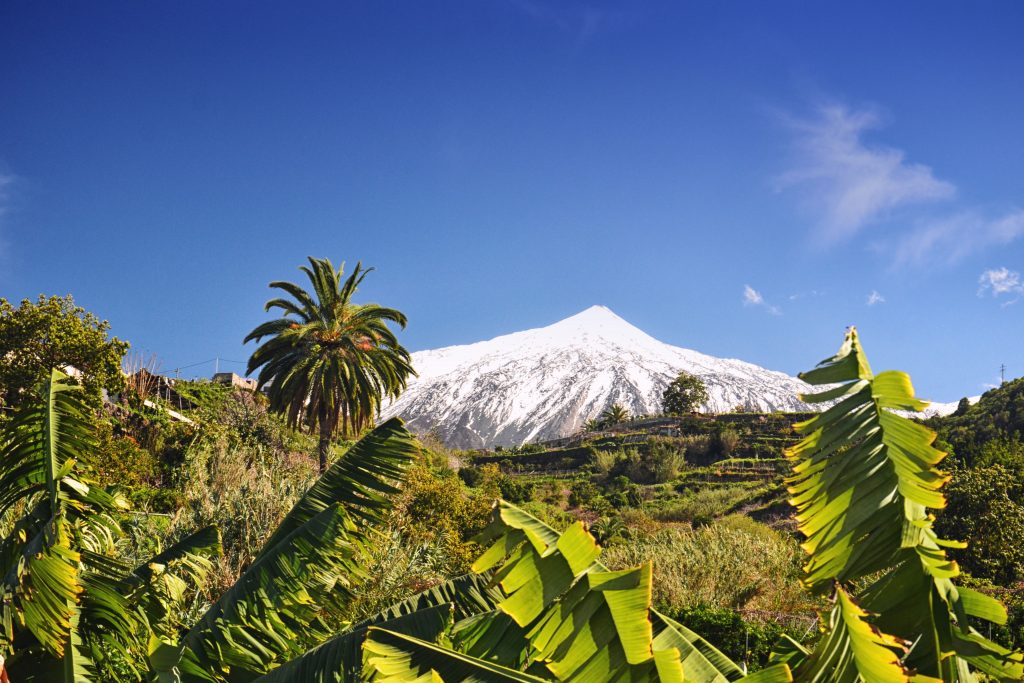 Icod de los Vinos is famous for del Drago which what they say supposed to be the oldest Dracaena in the world. The tree is a part of botanical garden but to be honest we weren’t interested too much and we have decided to save money – especially that you can see it from the street above the garden. Unfortunately we didn’t manage to get a good shot by the way the surroundings looks really nice but we didn’t have time to explore. 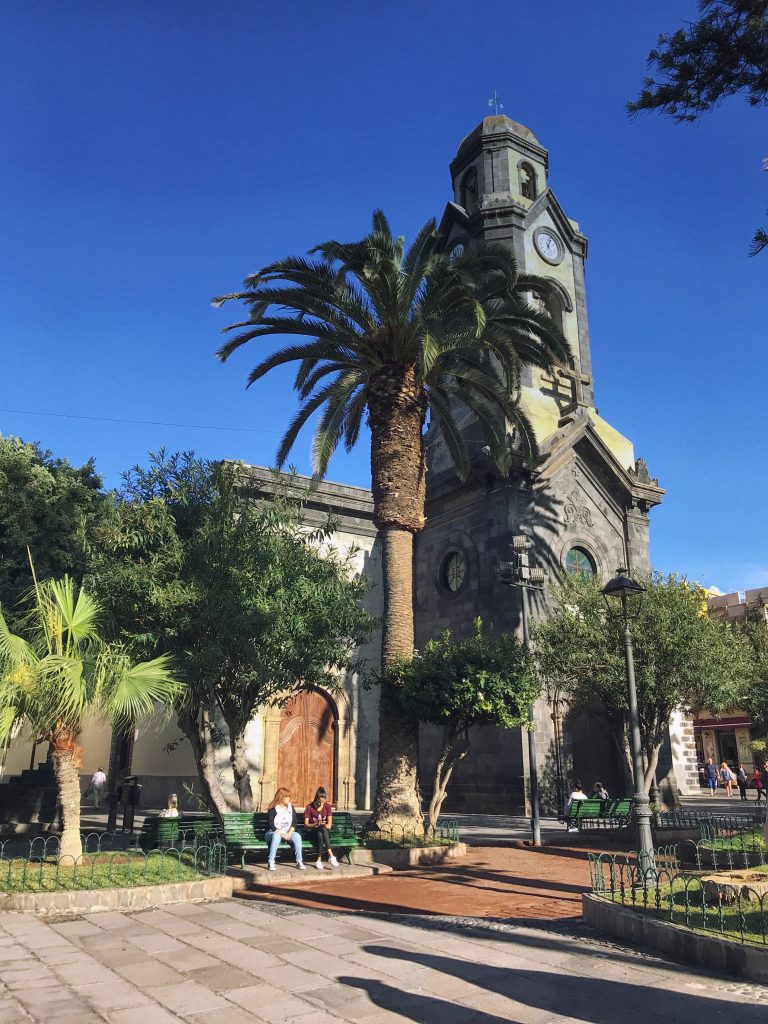 Next stop was a large city of Puerto de la Cruz. We took a stroll on the promenade and decided to take quick lay down by the pools (Piscinas). The entry was 5.50 euro water was freezing cold and you wouldn’t want to swim (Dawid did 2 length of the pool as we loves extreme conditions) but the surroundings looks very much like a postcard you would want to send so we engaged in some Instagram photos. We think it is a nice place to visit especially if you are into beach and sunbathing as an alternative to squeezing into the crowds on Plata del Duque. 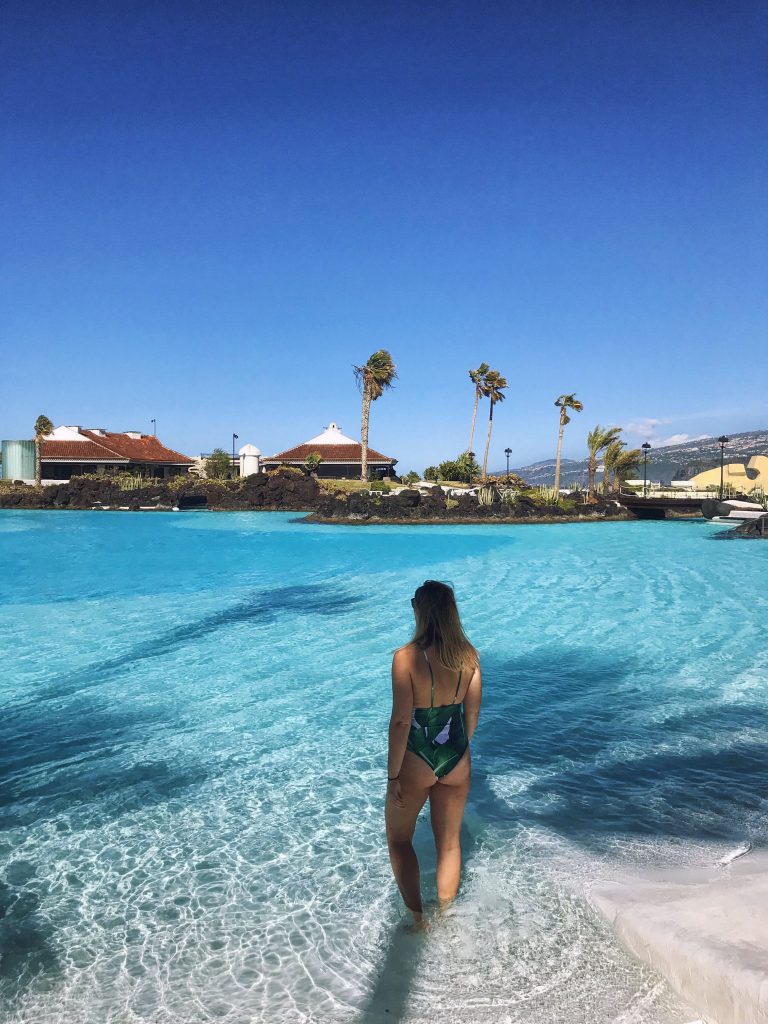 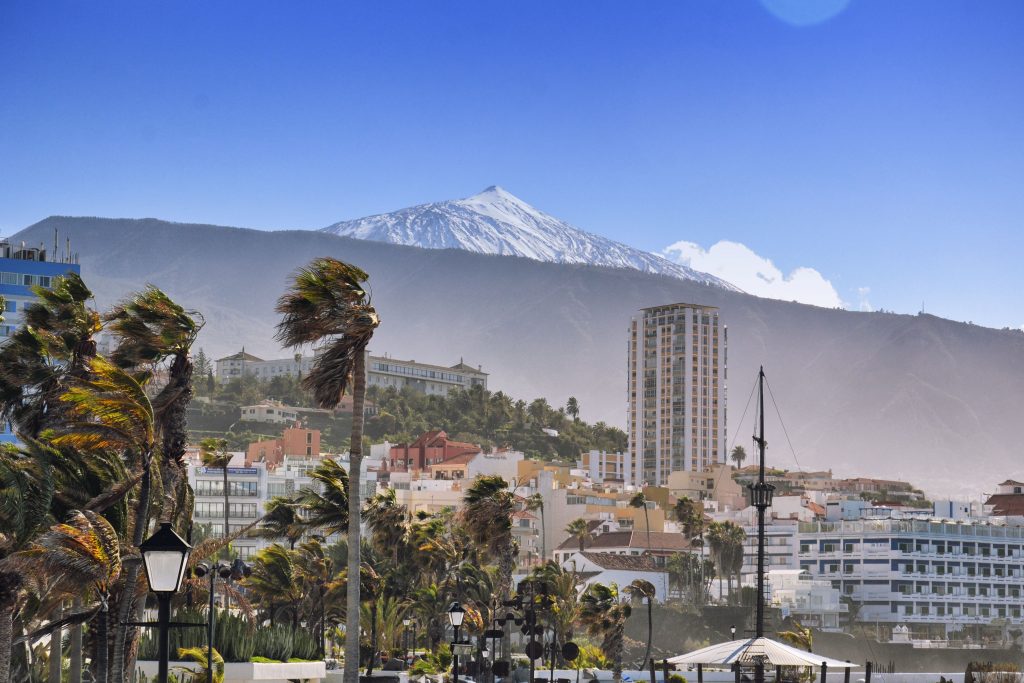 We didn’t spend much time there as it was late and they were just about to close and we still had to go to one place, beautiful and peaceful La Orotava. 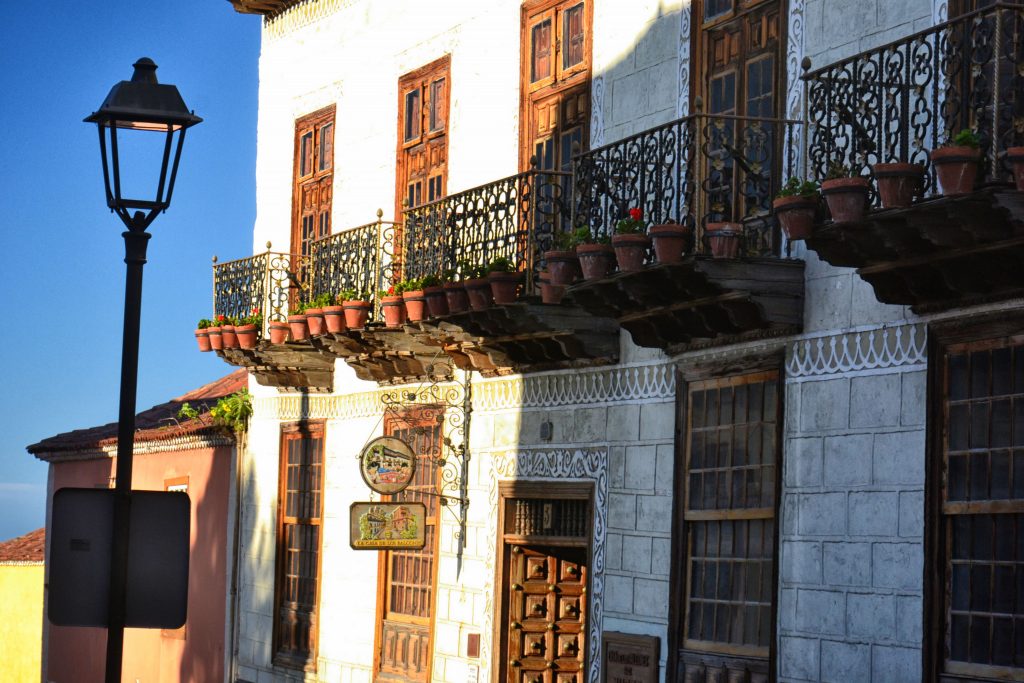 In the city we left the car in free parking space by Casa de los Balcones where it almost ended up a spectacular disaster. We were coming back after dark and you should see our faces where we spotted closed gate from the distance (especially that we talked about it earlier are we sure this parking won’t be closed as it looks like somebody’s back garden). Luckily we opened it by ourselfs. 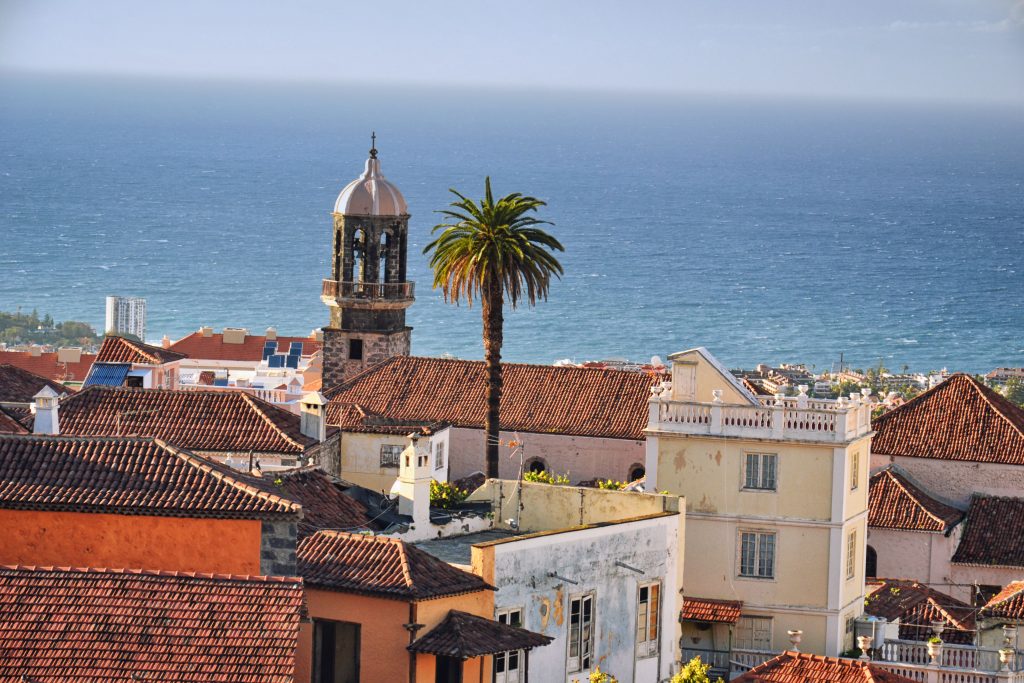 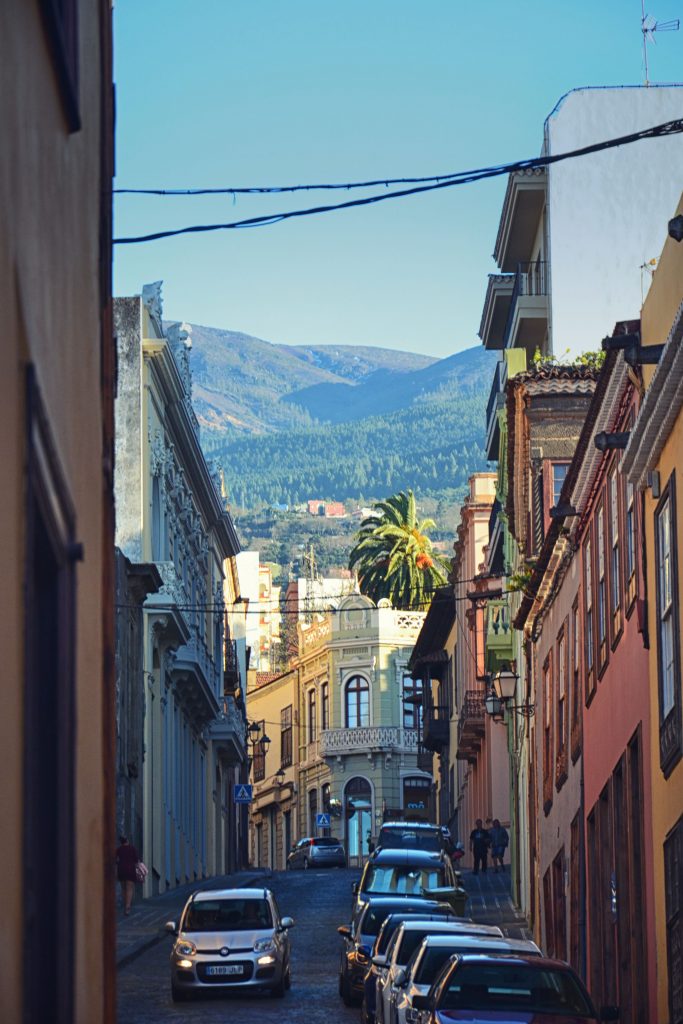 In La Orotava we were quite late we were strolling down the old city without a plan soaking the atmosphere of completely empty streets. We wanted to eat in Bar Los Castillos but unfortunately it was closed after 6pm like many other restaurants in around Nuestra Señora de la Concepción church. We hit the first open place which was a tapas bar Tasca Villera and let’s just say it was not spectacular. 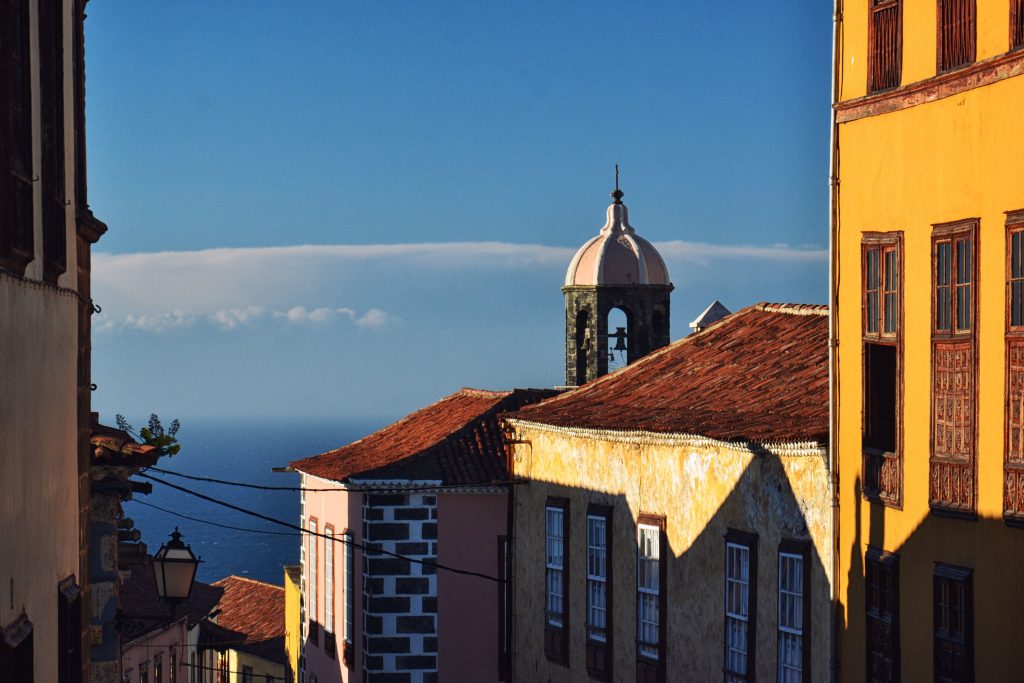 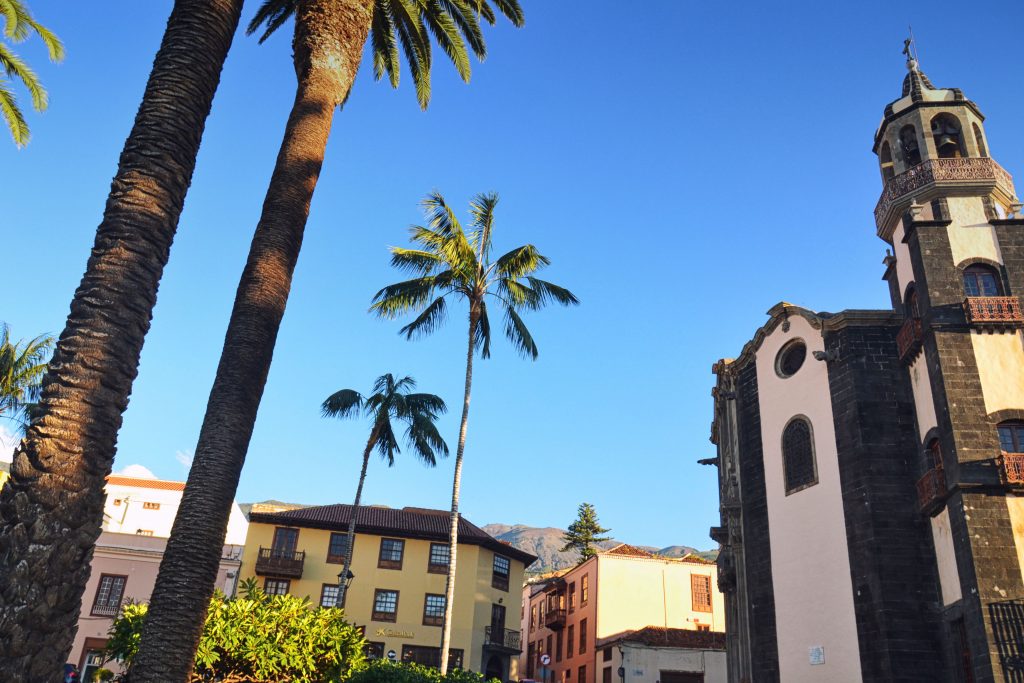 We spend golden hour sitting on a bench in Plaza Garcia by Nuestra Señora de la Concepción church. It was just one of these spectacular moments when you left all the worries behind and switch of completely for a moment. We both reminded ourselves of a childhood when living beside fields, small river and a forest surrounded by silence outside a home you could feel summer coming in the air and the end of the school… (Who has the same memories?) 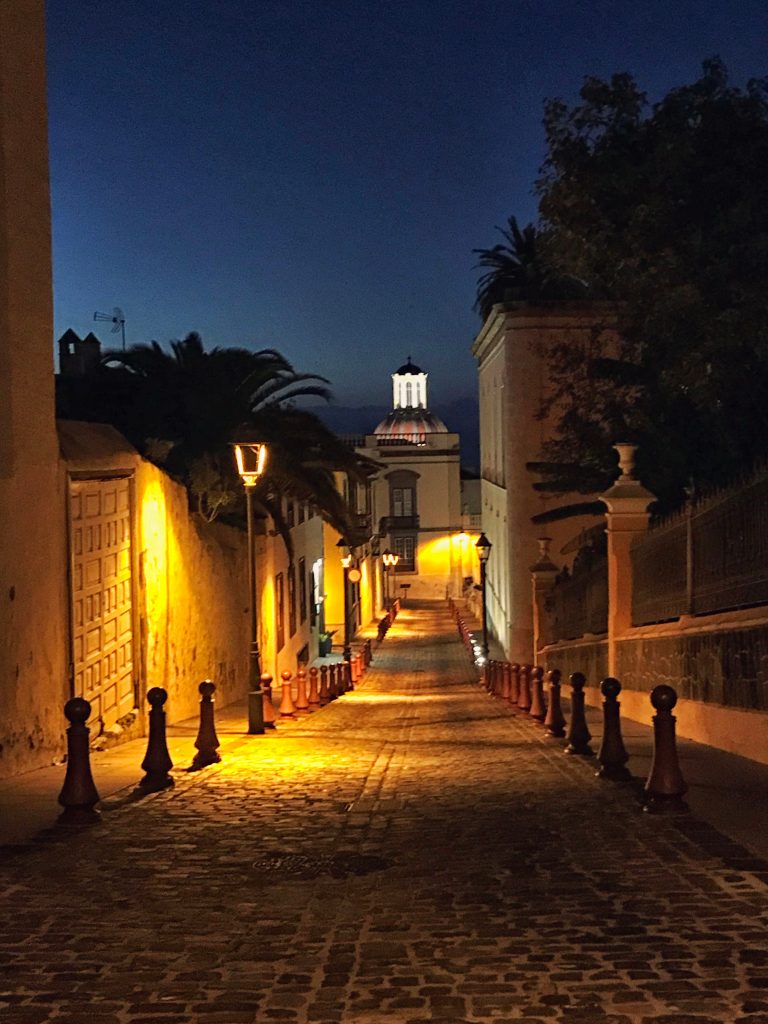 After dark we decided to start coming back to our hotel as we were driving thru the city we discovered bustling nightlife was just around the corner and we realized we have missed glorious Jarrdines del Marquesado  de la Quinta Roja and Victoria’s garden – make sure you visit them and let us know what you think – they looks amazing on the pictures! 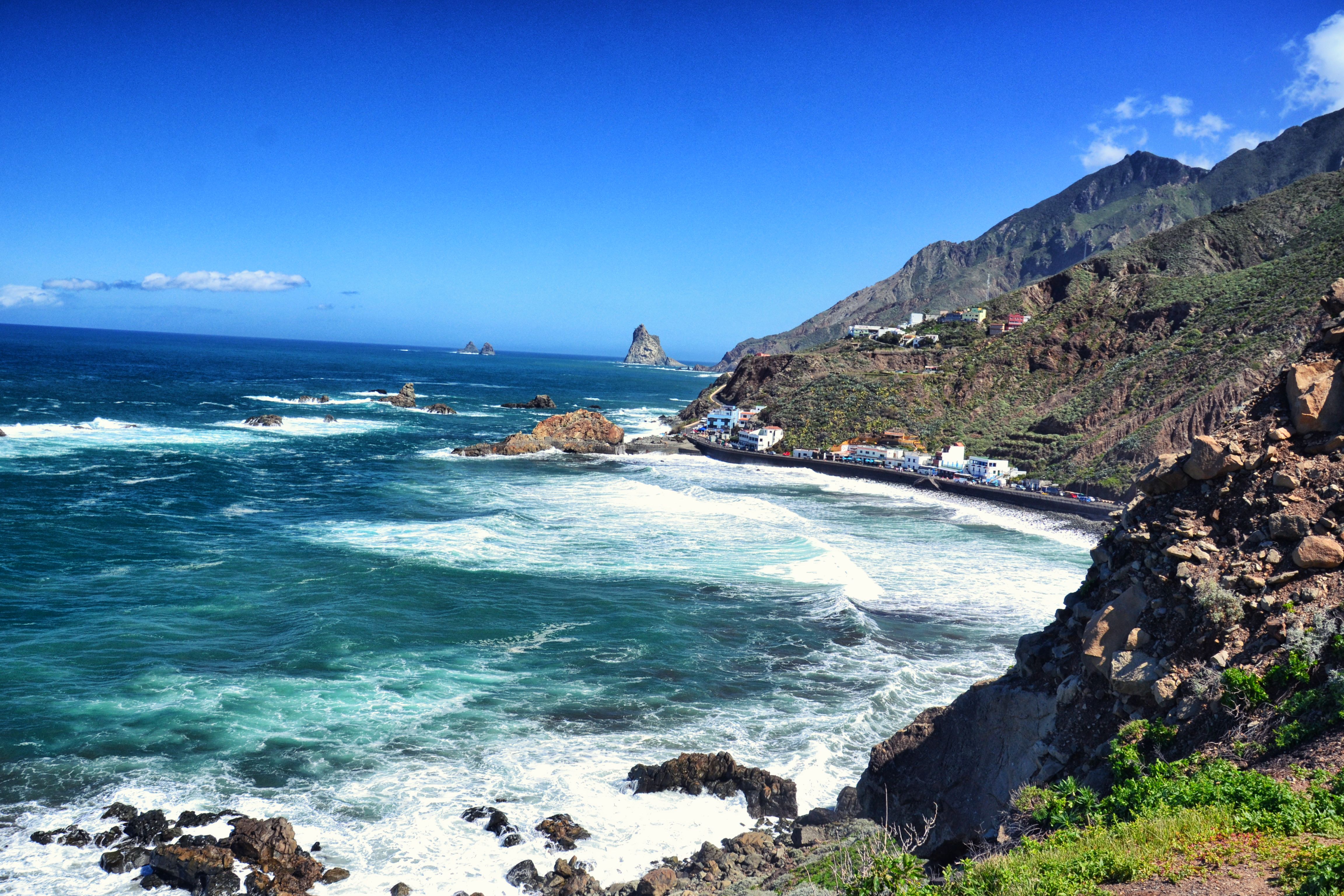 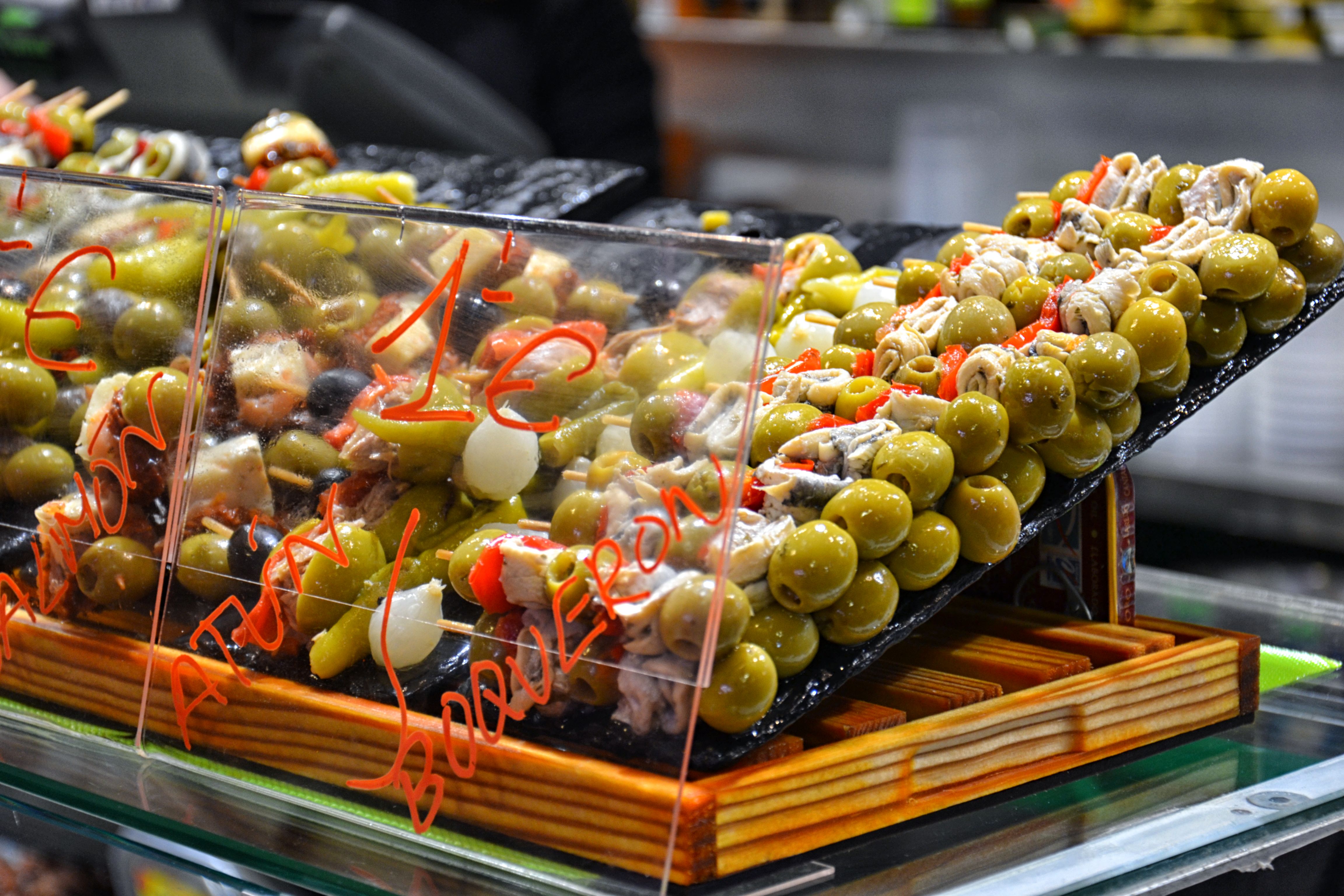 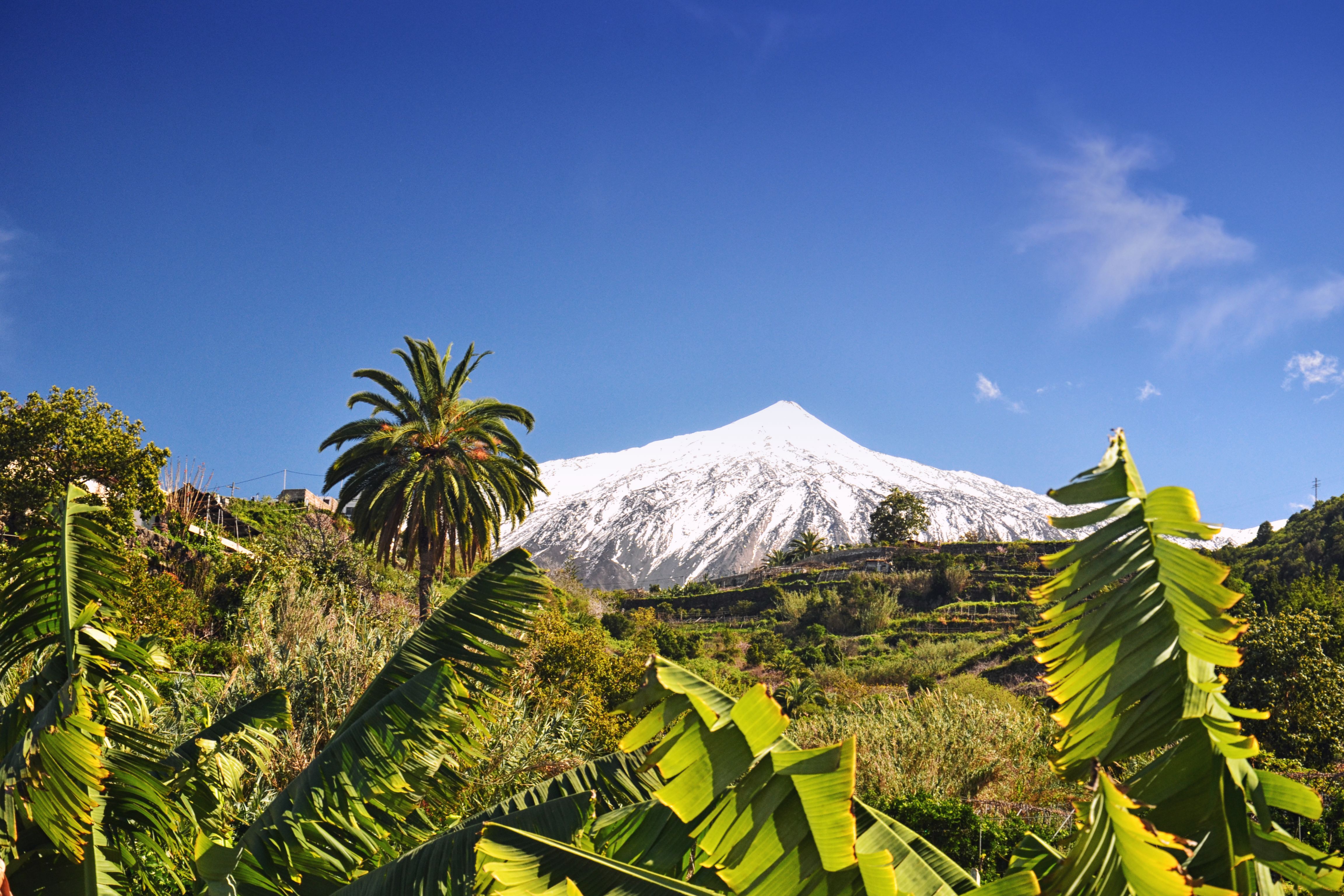