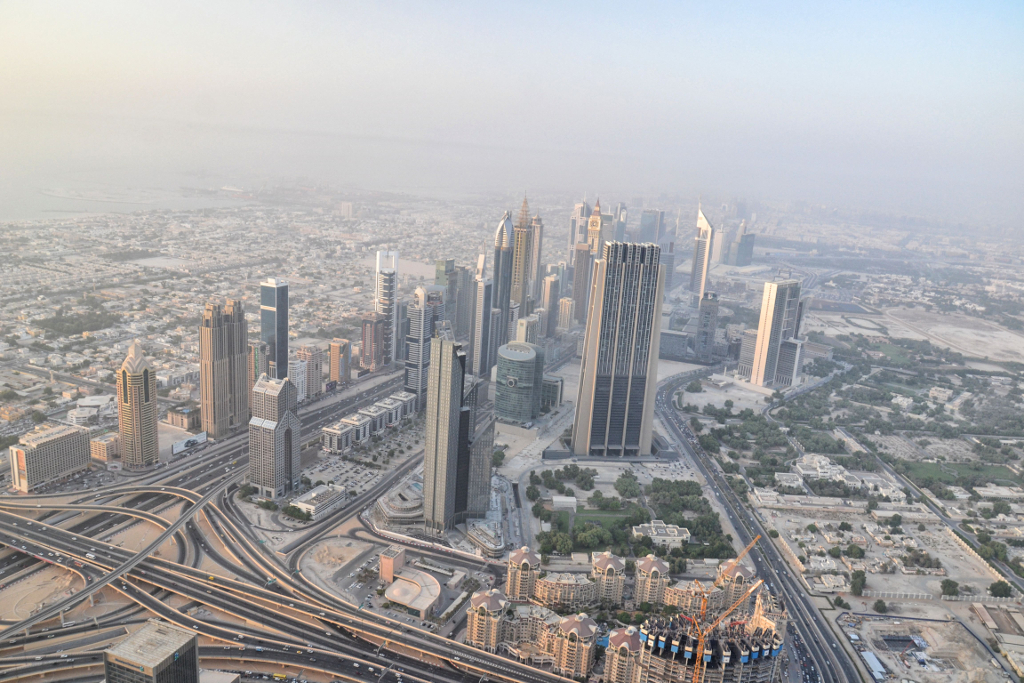 Rising skyscrapers popping up like mushrooms one by another. Boutiques of the most desirable fashion designers, restaurants with insane prices and huge images of filthy rich sheiks looking down from building’s elevation. On the other hand never-ending building sites, huge holes in the ground announcing new investments and blistering heat all day long. Asian workers being transported every day by overcrowded buses from camps in suburbs to work tirelessly long hours. Where once was dunes of sand now stand mighty metropolis build on the graves of poor workers lured by the idea of promised land. In Dubai, sometimes called city of dreams, we spent 3 days on our way to Sri Lanka.

From the airport which is located 13km from city centre we’ve gone to Dubai Marina. Marina is 45km from airport and both places are located on the edges of Dubai city. Traveling this distance showed full scale of the city. Taking over ground subway gives a chance to see iconic parts of Dubai straight after leaving airport. You can see similarities to greatest American cities and how Emiratis decided to go step further.

Our trip was in the end of September and temperatures were still high. Every minute spent outside air conditioned space was a real torture. This brought us to realization our original plan of sightseeing is complete failure. After looking at google maps we wanted to walk a lot but firstly the infrastructure is completely not suitable for pedestrians and it might look like 200 m on the map by on foot it will be much more if you find the way. Heat is the second factor which we underestimated greatly. First day after quick subway ride we tried to walk to find monorail station which goes to Jumeirah Palm but after 30 min wondering around we gave up an came back to our Ramada Hotel in Marina. The only place we saw was Marina beach which at the time was one of the last public beaches ( it was 2014) but Dubai transforms very quick. We decided to think about action plan while chilling in pool and sipping cold drinks. Usually we go hard on sightseeing and spending all day running around but in Dubai laying by the pool seems to be the best way of spending time.

Because of all time we already lost second day was really intense. Smarter than day before we took a taxi to monorail station and stormed the Palm. Riding along we watched development of luxury housing with private beaches located on Palm’s ‘leaves’. Artificial Island is huge and makes enormous impression especially with Atlantis resort jut on the tip.

From the Palm we directed towards Dubai Mall the biggest shopping centre in the world in the heart of Dubai. Ice-skating ring, gigantic aquarium and multitude of luxury shops is a daily life for Emiratis. There is an entrance to Burj Khalifa the tallest building in the world. Tickets are expensive and need to be purchased in advance but view from the viewing deck is jaw dropping and it’s not even the highest floor. You can see much of the city, the Palm, dessert and camel racing track. Just by the Dubai Mall and Burj Khalifa enormous interactive fountain is located. It’s a size of a small lake and riding a boat on it isn’t an issue. In the evenings you have light and music shows – shivers guaranteed.

We came back in the evening to Burj Khalifa for dinner in Armani Ristorante located in Armani Hotel at the ground level. Long story short 7 course dinner with fine wine overlooking Dubai fountain was sublime which was adequately reflected on the bill! But you live once so we wanted experience real Dubai. Despite eating in some of the best restaurants including Gaggan in Bangkok which was number 5 in the wold at the time we still consider Armani experience to be the best ever.

We spent evening smoking shisha having few drinks and snacks on the rooftop bar of our hotel. There are many similar places and lit city from the top looks magnificent. Alcohol flew heavily in hotel bars which are exception of general ban on selling alcohol. Anyway we were told you can buy in shops indeed just need to know where to look for. Friend of us said you can even find strip clubs in Abu Dhabi if you want…

On our last third day we decided to visit old town. There is only a small part which is authentic and dates back to 1890 most were demolished and even this part were nearly lost. We took subway to Dubai Creek, bay which looks like a river along which old city is located. We also wanted to visit one the traditional Souks – markets which are still operating. Hard to say if it was due to poor navigation or heat burning out our will but in the end we haven’t visited any – looks like a good reason for visiting again.

We also went to the Souk Madinat Jumeirah shopping center, stylized as an old Arab city. There is not so much glamour as in the Dubai Mall, one could even define it as “cozy”. An additional advantage is the fact that you can see Burj al Arab from there, which is the most luxurious hotel in the world. We would like to visit it inside, but we assume that it is not such an easy matter. We limited ourselves to admire this characteristic sail-shaped building from afar. 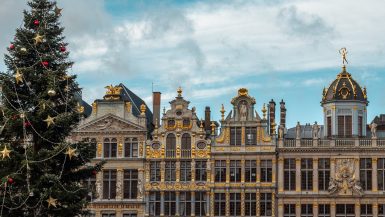 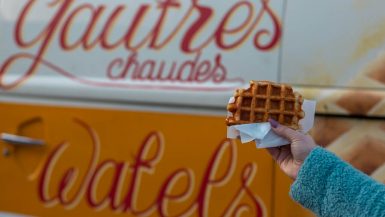 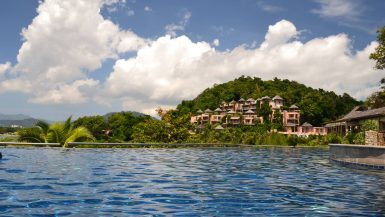